Why the Holistic approach is naturally integrative

by Anna Webb, Broadcaster, Author, Trainer has studied natural nutrition and therapies with the College of Integrated Veterinary Therapies (CIVT)

My journey to the ‘alternative’ paradigm, and embracing modalities like Homeopathy and Acupuncture began in 2010 when Molly, my beloved Miniature Bull Terrier, was diagnosed by our conventional vet with an undiagnosable condition.

I accepted their recommendation for a referral to Richard Allport MRCVS, Vet MFHom at the Natural Medicine Centre in Potters Bar.

I had no idea how Homeopathy worked at this point. I’d used Arnica a few times, and had been impressed that a bruise had disappeared almost immediately. I was eager to learn more!

I remained unconvinced that a bottle of a non steroidal anti-inflammatory prescribed for Molly was all that would be needed to battle this ‘undiagnosable’ condition.

My first reaction to my first consult with Richard was being awe-struck at the type of questions I was asked and the detailing every aspect of my dog lasted two hours!

Molly had several ultra-sounds and blood tests as diagnostic tools, which were useful to obtain a full picture of Molly’s health. Looking at the ‘whole’ picture of Molly’s health to determine the cause of her symptoms was really refreshing. She was prescribed a variety of Homeopathic remedies, regular Acupuncture and immune boosting supplements, including organic raw unpasteurised colostrum.

Offering an integrative approach that combines Homeopathy as a distinct medical system in its own right with Acupuncture also part of another distinct medical system called Traditional Chinese Medicine or TCM. Homeopathy stimulates the innate healing mechanism to heal and prevent disease. Similarly the aim of Acupuncture (as part of Traditional Chinese Medicine –TCM) considers disease as a progression of an imbalance. 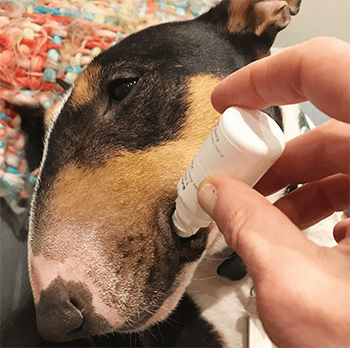 Each embraces the flow and transfer of electromagnetic energy. Acupuncture helps stimulate energy flow, the life force – Qi - through the body, which helps reduce pain and inflammation. Homeopathy focuses on interacting with the ‘Vital Force’ to cure disease. Both these concepts are controversial from a conventional viewpoint, but Qi can be explained conventionally as ATP – the energy produced by the mitochrondria in every cell.

Both rely on a detailed observation of the history of the animal’s symptoms, interpreting behaviour, mood changes, palpating the body, looking at the diet, exercise routine etc to get a full picture before defining the most appropriate remedy or combination of remedies / acupuncture points that will correct an imbalance in the body.

Homeopathy works on the principle: ‘like cures like’ and in this way contrasts with the principles of Acupuncture, which as part of TCM, focuses on balancing ‘energetic’ opposites – Ying and Yang, creating a desired energetic state of ‘Jing’ and life force through the entire body and mind.

Offering a complementary solution both Homeopathy and Acupuncture do not cause any side effects. Both offer an alternative when a condition remains undiagnosed. Also when surgery or invasive diagnostics are prohibitive due to the age and health of the patient.

Homeopathy first became a formalised medical system through the work of a German Physician, Samuel Hahnemann in the late 1700s, but the concept of treating like with like dates back to Hippocrates approx. 400 BC.

By ‘prescribing’ the correct remedy – a matching similium, at the correct potency and dosage, a Homeopathic remedy interacts with the patients’ ‘vital force’, which in turn animates and regulates the physical cellular form to promote natural healing.

Despite a growing body of evidence supporting the clinical efficacy of homeopathy it has historically been rejected by the scientific community on two levels:

Scientific skepticism in the vital force and the process to make remedies called ‘potentisation’ - the serial dilution and succession (vigorous and methodical shaking) of a dissolved substance. Potentisation releases the dynamic subtle energies of a substance, which interact with the patient’s vital force to balance any mistunement.

However recent developments in quantum physics however have led some scientists to theorise that electromagnetic energy is stored in the remedy, which interacts with the body’s electromagnetic field.

Whilst no ‘scientific’ evidence supports Homeopathy, practitioners see results that cannot be passed off as a ‘Placebo’.

In studying a Psychology degree, the ‘Placebo” effect fascinated me. The reason animals are used to test drugs is because they’re scientifically deemed to not be able to respond to a ‘placebo’, unlike people.

Homeopathy for me offers a broader spectrum to help conditions that are cannot be treated effectively conventionally. Kennel Cough for example responds to homeopathic nosode use. Kennel Cough is a virus and just as with treating people with flu and colds, antibiotics have limitations. 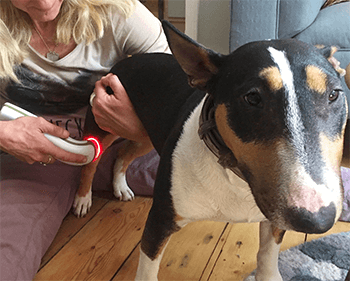 Equally Homeopathy works for minor injuries such as insect bites where Apis Mel is an anti-dote for bee stings. Remedies including Arnica are effective pre and post surgery to minimize bruising and promote recovery.

Using homeopathic remedies including Thuja pre and post vaccination minimises and balances any side effects.

Also for chronic cases ie cancer or un-diagnosable conditions and autoimmune disorders, Homeopathy and Acupuncture provide options either in lieu or in addition to conventional medication.

I like the prospect of an integrated approach where Homeopathy and Acupuncture can be used alongside either in addition to or in lieu of conventional medicines. Especially in chronic cases where the worry is that overtime the use of steroids and antiinflammatories can impact negatively and can promote further disease.

Whilst its use in animals in the west is relatively recent, in China its been used for over 3,000 years. Acupuncture is the ancient TCM system of using very fine metal combination needles that pierce the skin at specific points in order to stimulate the flow of Qi around the body’s meridians.

These points represent the intersection of myofascia that surrounds muscles, nerves, blood vessels and organs throughout the body. Acupuncture was a perfect solution for Molly. For her the risk of anesthetic and surgery was high and the long-term use of nonsteroidal anti-inflammatories wasn’t an option.

Since 2014 I’ve been harnessing the potential of Photizo’s red light therapy in-between Acupuncture sessions to speed up the natural healing. The handy device works deep at a cellular level to reduce inflammation and pain.

With Prudence my Miniature Bull Terrier she suffers from a luxating patella. Her kneecap was slipping so much Prudence was pretty much on three legs just as Crufts 2017 was approaching. I was even contemplating not showing her. Within three months of regular Acupuncture, Photizo and Homeopathy including Arnica, Ruta and Hypericum, she surprised us all and came second in her class! 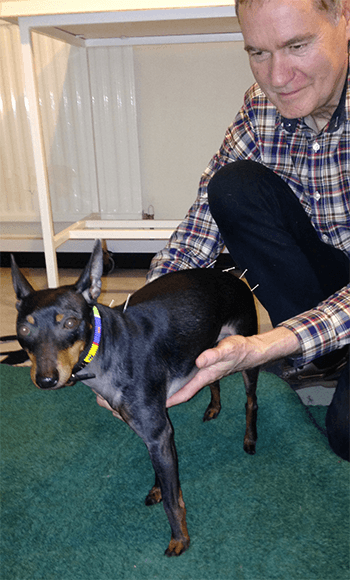 I’ve also seen how Homeopathy works on an emotional level. For example with Prudence (now two) was almost off the graph with her energy levels as a puppy.

With advice from Barbara Jones our Holistic Vet in Shropshire, I used a combination of Phosphorous and Borax to balance her energy spikes and her hyper reactions caused by ‘noise sensitivity’.

Mr Binks my re-homed English Toy Terrier is also no stranger to the positive effects of Homeopathy, Acupuncture and Photizo. He suffers from a chronic de-generative condition: Legg Calves Perthes Disease. Before I re-homed him he had his left hip joint removed at nine months, and used to carry his leg a lot.

Needless to say I’ve integrated Homeopathy, regular Acupuncture, Photizo and massage sessions to offer pain relief, help build his muscle up and strengthen the use of his leg by about 20 per cent.

When Mr Binks first arrived three years ago, he was very nervous and lacked confidence. I used Homeopathic remedies including Calc Phos and Gelsenium to boost his confidence, and strengthen his nerves.

We’ve moved house a three times in three years, which has taken its toll! Somehow even Gremlin, my cat, handled each big change rather stoically bearing in mind he is a cat.

Whether it was a coincidence we were all taking Ignatia (the remedy known to keep emotions steady through change) every move went as smoothly as it could.

Integrating different modalities that all have one thing in common: the power of energetic healing comes naturally on the alternative paradigm. Homeopathy,

Acupuncture and Photizo red light therapy each offer distinct, yet complementary ways to reduce medication, and promote healing naturally. Not to mention a choice for informed and integrative healthcare that naturally embraces a multi-disciplinary approach. 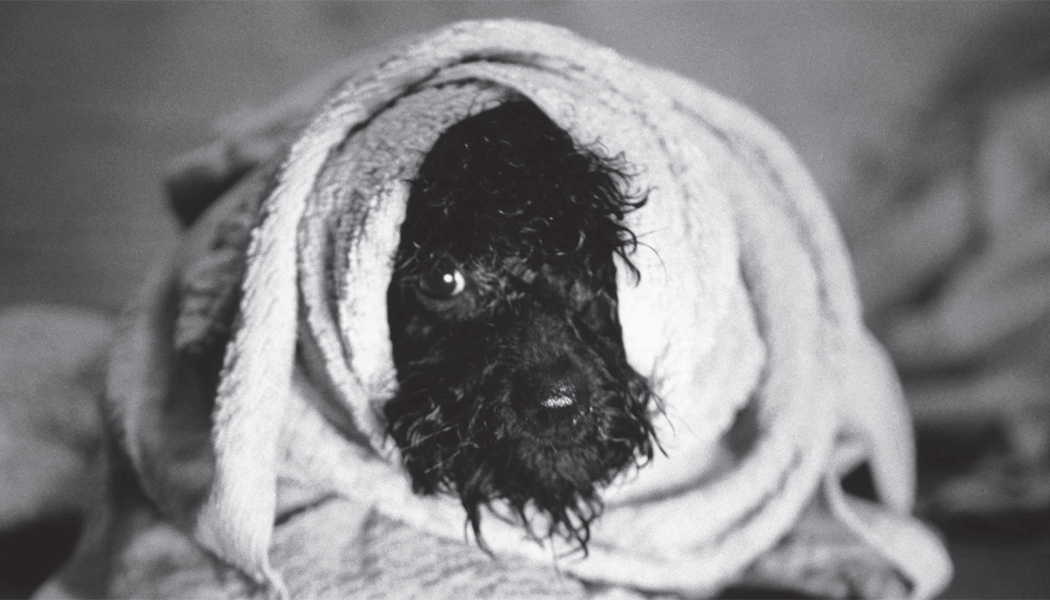 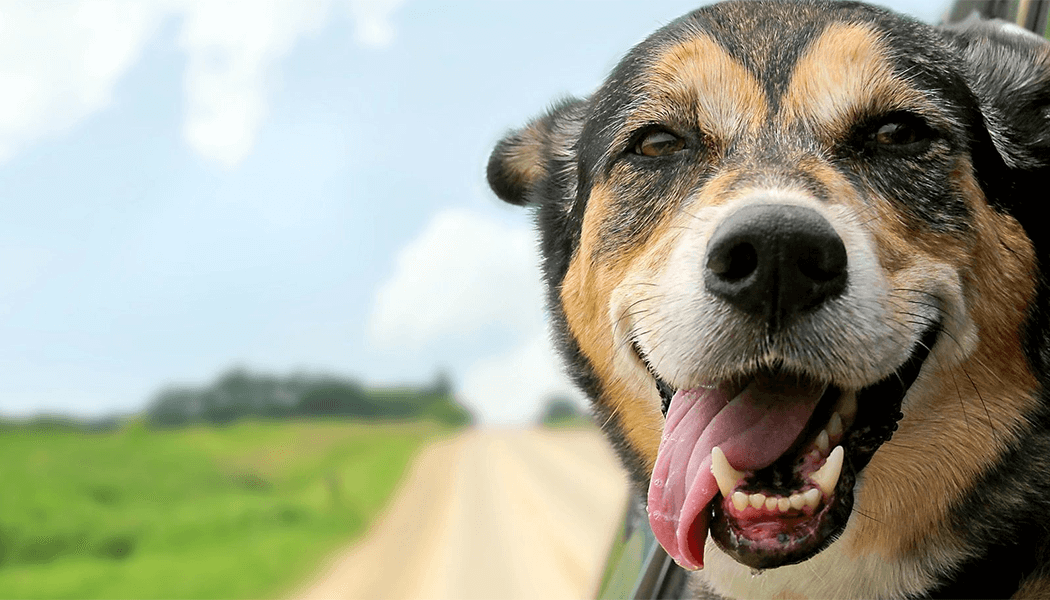