by Anna Webb on behalf of Photizo Vetcare
Broadcaster, Author, Trainer has studied natural nutrition and therapies with the College of Integrated Veterinary Therapies (CIVT) 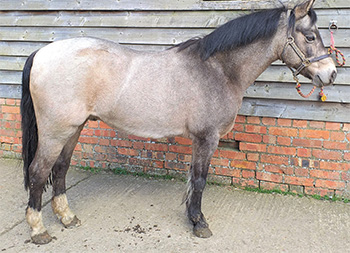 When Duncan a Welsh section B gelding aged 18 developed severe laminitis in all four feet, including rotation of the pedal bones and frequent foot abscesses, his owner of 15 years, Caroline Hearn (Dip ICAT, MICHT), brought him back from the brink with the help of Photizo Vetcare.

Duncan had been in good health all his life, owned by Caroline since he was only three. He had been regularly ridden either hacking out or taking part in pony club activities. The five months leading up to his laminitis, he was unridden due to lack of a rider but instead, was lightly worked from the ground on long-lines. Duncan always had very good quality hooves and been barefoot for the majority of his life, receiving regular trims from the farrier.

Caroline couldn’t work out how this acute Laminitis had started, she explained:

"Two weeks leading up to the first signs of the disease, he unexpectedly had to move yards, which unsettled him. He also experienced a particularly unpleasant reaction to a flu vaccine on the 25th June 2019. This left him with a stiff, painful neck, which he was unable to move lower than his knees and he was very off colour for approximately five days." 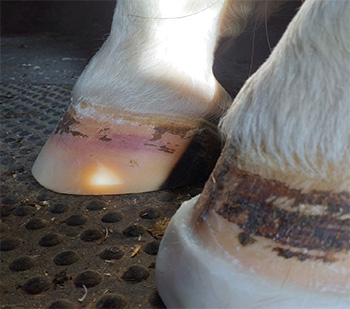 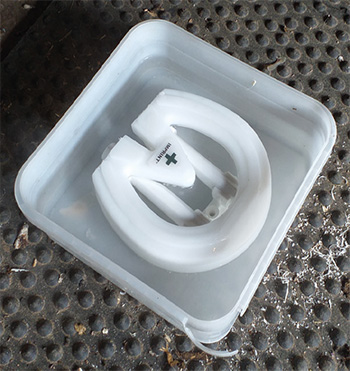 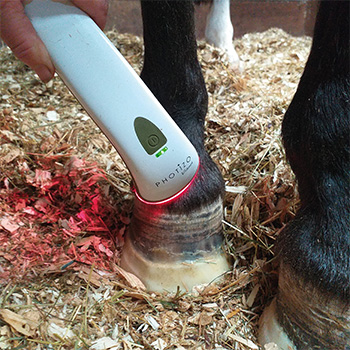 Duncan presented with the first signs of laminitis in early July 2019. They weren’t the classic signs we all look for such as becoming footy in front, extending front limbs forward to transfer more weight onto the heels but instead it was concentrated in the hind feet, which had an increased digital artery pulse. He constantly shifted from foot to foot and was in a lot of discomfort. He started to show signs of colic and refused to eat or drink.

The pain didn’t allow him to position himself in order to urinate and the only sample I did manage to collect was very dark brown in colour and of a syrupy consistency.

The pulses in all four limbs had now increased and he showed other signs of being in pain, such as sweating and rapid breathing.

The vet prescribed pain relief, a sedative paste, rehydration with fluids, ice packs on his hooves and a very deep shavings bed to support the soles of his feet. X rays followed, showing a moderate rotation in all four pedal bones.

The crest of his neck rapidly became very hard and he developed fat pads around the girth area and the lumbar region. He was very tender in his pectoral muscles and stifles, from the constant shifting of weight. It was an extremely worrying situation!

Not prepared to give up on her pony, Caroline explained: “ I was prepared to try everything! As Duncan’s heels were growing rapidly, giving them an upright appearance, the farrier trimmed them and fitted “Imprint” equine foot care system shoes. These are thermoplastic shoes, which enable the shoe to be moulded onto the hoof without the trauma of the nailing on process. These initially provided immediate relief and Duncan walked comfortably back to his stable”. 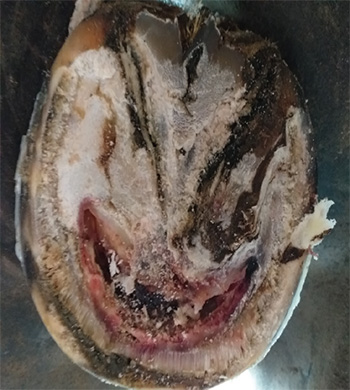 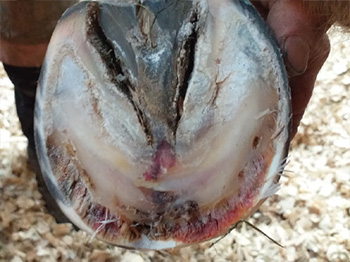 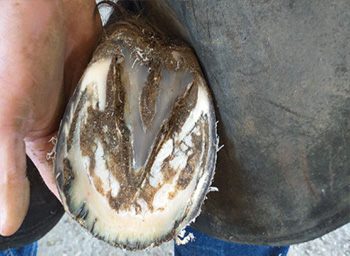 After two months of the Imprint shoes being in place, they started to impede the healing and Duncan suffered from foot abscesses either erupting through the sole, in the location of the pedal bone or from the coronary bands.

The internal damage that had taken place was starting to become apparent and the resulting debris had to come out in order for the healing to take place. The shoes were removed and “Easy Boot Cloud” therapy boots used instead.

No stranger to Photizo Vetcare, Caroline was confident in its ability to promote natural healing and that it would help Duncan.

She explained: “Initially I could only carry out very short treatments with the Vetcare, usually when Duncan was laying down, as he was very unsettled and constantly shifted his weight from each hoof. I would also treat his pectorals, lumbar and stifle area, which were very sore through constantly moving back and forth.

As the pain medication started to make him more comfortable, I would give him two treatments a day with the Photizo. I treated each hoof for five minutes, twice a day. This involved concentrating on the bulbs of the heels, the front aspect of the coronary band and on the inner and outer quarters of the coronary band. After two weeks I decreased the treatments to once a day. As he became more able to support his weight on three legs, I would pick up each hoof in turn and briefly use the Photizo directly on the frog”. 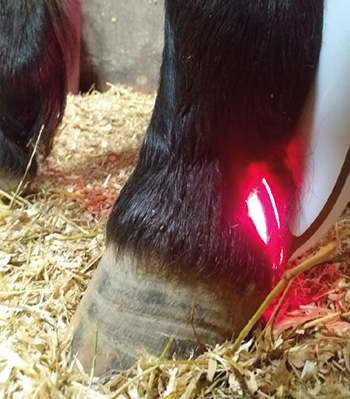 By November 2019 Duncan was allowed approximately 1-2 hours of turnout in a small paddock with the protective “Cloud” boots on, which he adapted to wearing very quickly.

By March 2020 with consistent care and regular Photizo treatments, Duncan had built up to three hours in the paddock. His soles have become hard enough to allow him to go out barefoot. As the Summer approaches and the ground becomes harder, this situation will have to be reassessed with the possibility of the supportive boots being used for daily turn out as additional protection.

He is sound at walk, trot and canter and is lightly worked every day in the sand school on long lines to keep him active and his weight under control. He continues to receive a short treatment with the Photizo twice a week. Concentrating on the hoof area as before, the Red and NIR red light offered by Vetcare has helped prevent any setbacks.

Caroline enthused: “The Photizo Vetcare has proved invaluable to Duncan’s recovery so far. Apart from being so easy to use, and portable, Duncan enjoys our Vetcare sessions. He became increasingly more relaxed with each session and the effects of the Vetcare to reduce pain and inflammation made him increasingly more comfortable. I noticed how the Vetcare stimulated the natural healing process as I had hoped”.

Vetcare combines LED sourced RED and NIR light that penetrates the mitochondria at a cellular level. Using LEDs (Light Emitting Diodes) it is safe for use without the need for any eyewear making it safe for the eyes in home practice. Creating a cascade of biological effects, including reducing pain and inflammation, encouraging lymph flow, and not least ATP production at the point of injury to naturally restore and rejuvenate the damaged area. 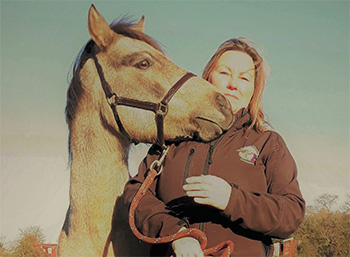 Caroline added: “ Thanks to the Vetcare’s pre-programmed ‘evidence based’ dose of 31 seconds, I found it very easy to record the doses and analyse progress”.

Ruth Milner, MD of Photizo’s sole UK distributor commented: “We’re so thrilled that Duncan has made an almost full recovery. So many positive results are observed and reported to us from those using Photizo in a multidisciplinary approach. We’re not saying each individual Photizo treatment session alone would be as optimal as a professional Class 3B low level laser treatment session where the dose is likely to be more specific and optimal. However, there is growing evidence showing that if a high-quality LED device is applied with enough power, using appropriate red & near-infrared wavelengths and applied frequently enough eg. daily, there will be a cumulative effect of all the biostimulation observed from low level laser studies. Cells are stimulated (or inhibited) by the light at the right level of dose, regardless of whether light is delivered by a pinpoint laser beam or incoherent LED light and impressive healing results can be achieved with a quality home-use Photobiomodulation Therapy (PBMT) device”. 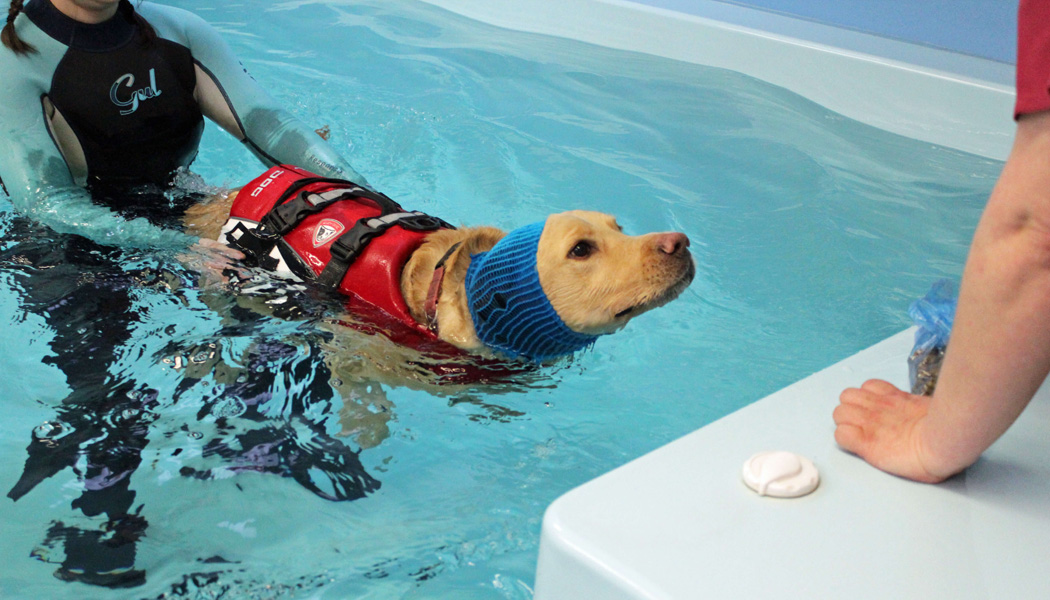 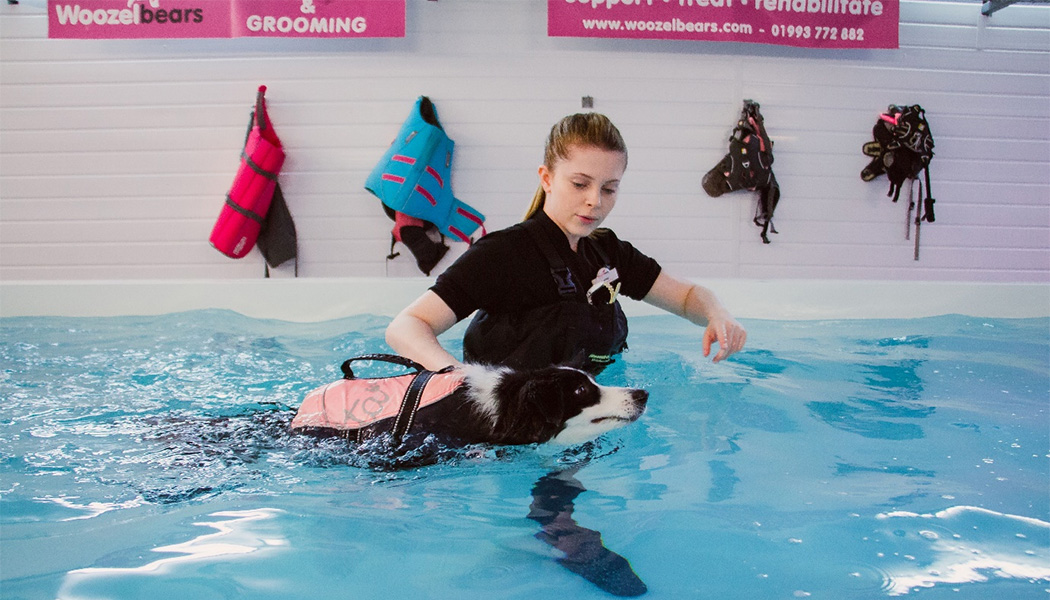