by Sarah Robinson, Phys Dip Dist (IAAT).
Sarah Robinson is the founder of Equine Physio UK, is based in Jedburgh / The borders of Scotland / England and covers surrounding areas. 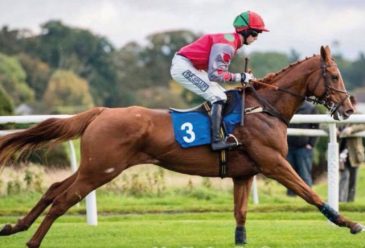 On November 30th 2019 Captain Redbeard’s racing career was suddenly ended by a massive, catastrophic rupture of the Superficial Digital Flexor Tendon (SDFT) whilst racing at Newcastle. His Jockey and part owner, Sam Coltherd, pleaded with trackside Vets to allow the family to bring Spot home.

Now back in The Borders, and unable to bear weight, he remained in a Robert Jones Bandage designed to immobilise and potentially stabilise his serious injury, but happy to be in his own stable and yard. 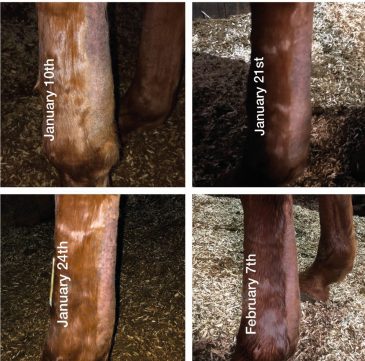 On December 12th his first scan showed so much inflammation and damage to the SDFT, that it had forced the underlying Deep Digital Flexor Tendon to have to move to the side. The treating Vets (Cheviot Vets, Kelso) were able to push their fingers into the tendon which had no definition, structure or resistance. The hope for his owners was that he may, at best, be field sound in a year or so.

6 weeks post injury, the vets established that Spot could have the bandage size reduced and confirmed he was a little more stable. I was asked to treat the tendon with INDIBA twice a week for one month. I applied treatment directly over, and distal to the tendon whilst also treating the Superficial flexor muscle above. The reduction in inflammation after only a couple of applications was incredible. Although obviously still warm to touch, being able to give Spot the 448kHz directly to his cells, with no heat, was I believe the key to moving this forward so quickly and not compromising its repair by overheating it and upsetting even more,the collagen fibres and tenocytes. With hand temperature tests on the tendon, I could increase or decrease the amount of warmth I felt was suitable on that particular visit, whilst never compromising on the 448kHz. 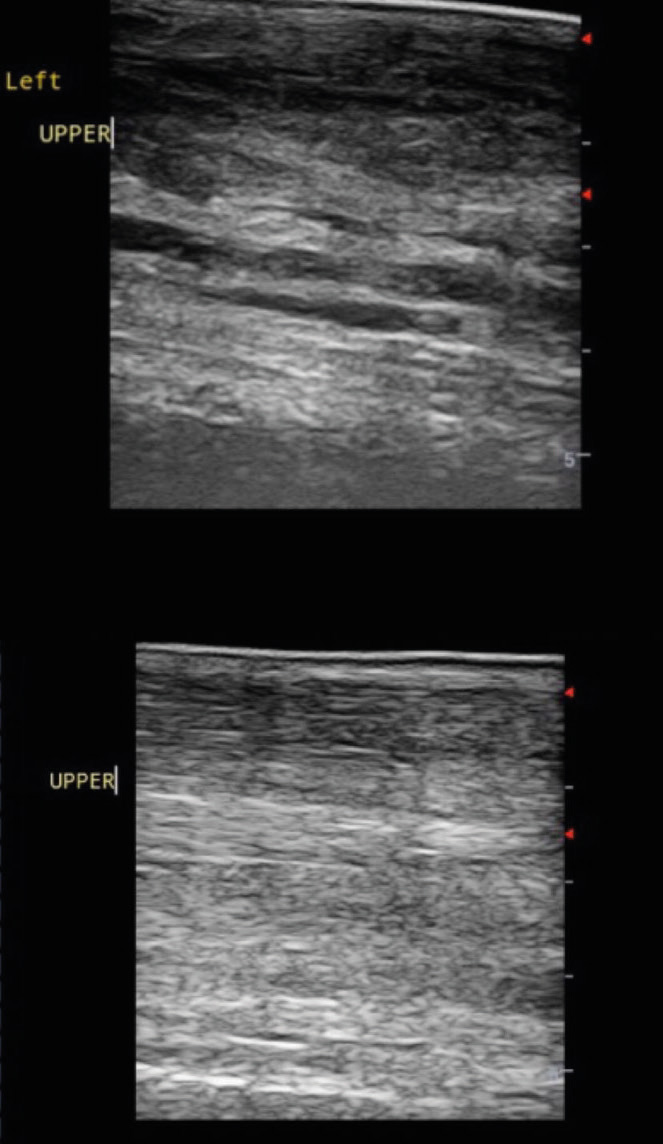 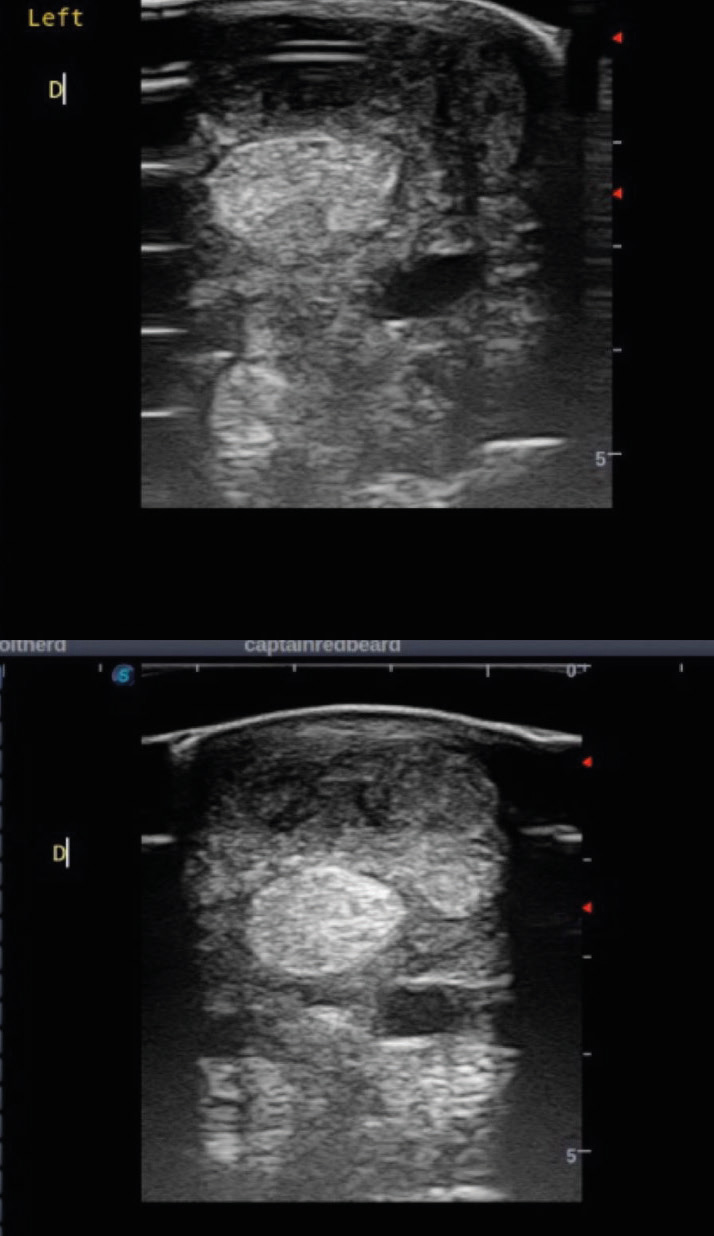 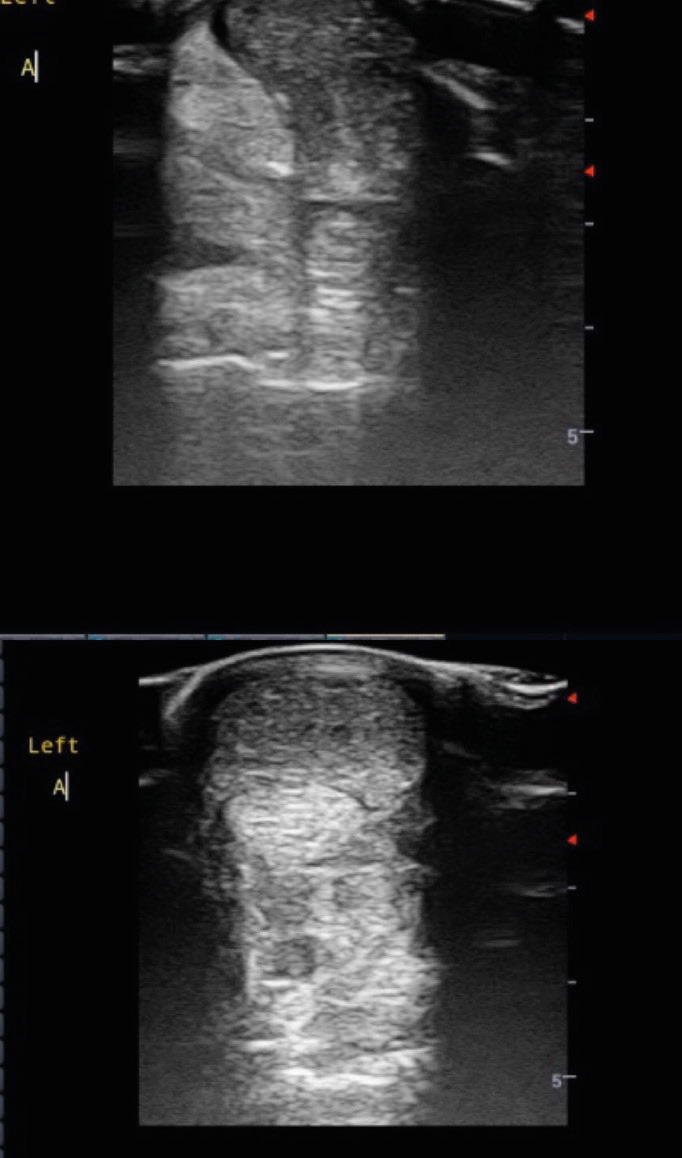 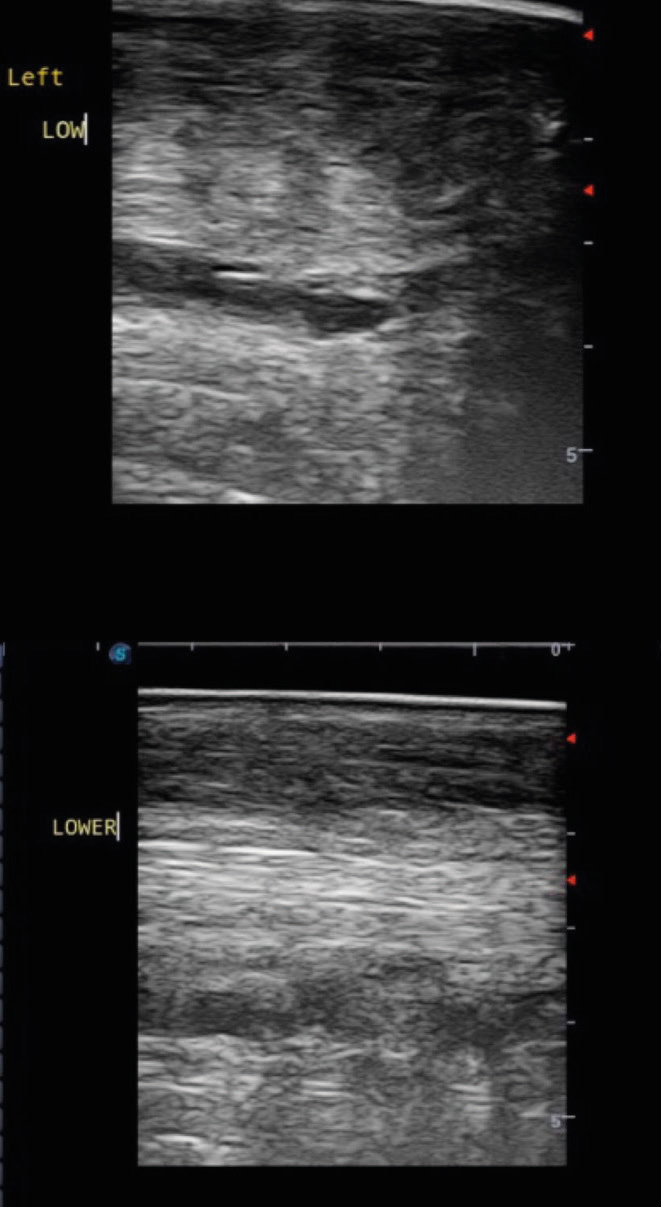 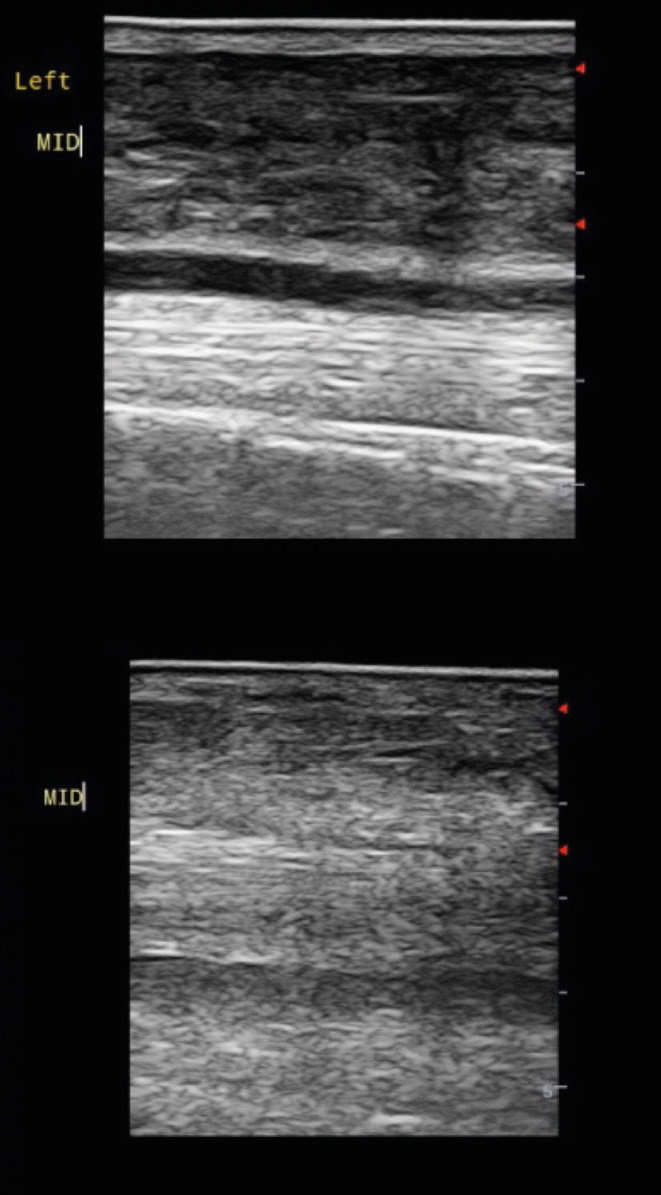 To further add to Spot’s injury, he also had a painful sore on his shin which was suffocating and growing under the pressure of his support bandage for the SDFT. With advice from the INDIBA Clinician I treated distally to the wound to help accelerate its healing. A couple of days later the wound had stopped looking so angry, was drying up and the inflammation surrounding it had gone.

Spot was now loading on the limb, his support bandages removed and small daily walks were possible, vital to the repair of the tendon. There was no dropping of the fetlock and the tendon felt harder and more defined. 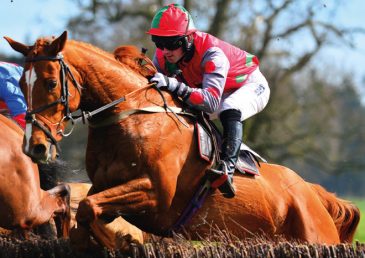 On 7th February I gave him his last treatment of the course and he was re scanned 3 days later. The results are almost unbelievable. The connective tissues have started to repair on mass and the inflammation, whilst still there distally, is much reduced. Spot is now walking daily, under very controlled conditions, and I will do two further treatments over the upcoming month. What astounded myself, his owners and the Vets has been the rapidity of the repair. Tendons are notoriously slow, messy and lazy to rebuild, and Spot managed to all but obliterate his.

Only 8 weeks of time has passed from his first demoralising scans in mid December 2019 to these recent ones on 10th February 2020. They speak for themselves. My input totalled 8 treatments covering one month. Impressive results we have all agreed.

“Coltherd Racing” know and appreciate daily how lucky they are to have Spot kicking his stable door again and creating havoc amongst his stable mates when he heads out for his daily walks. 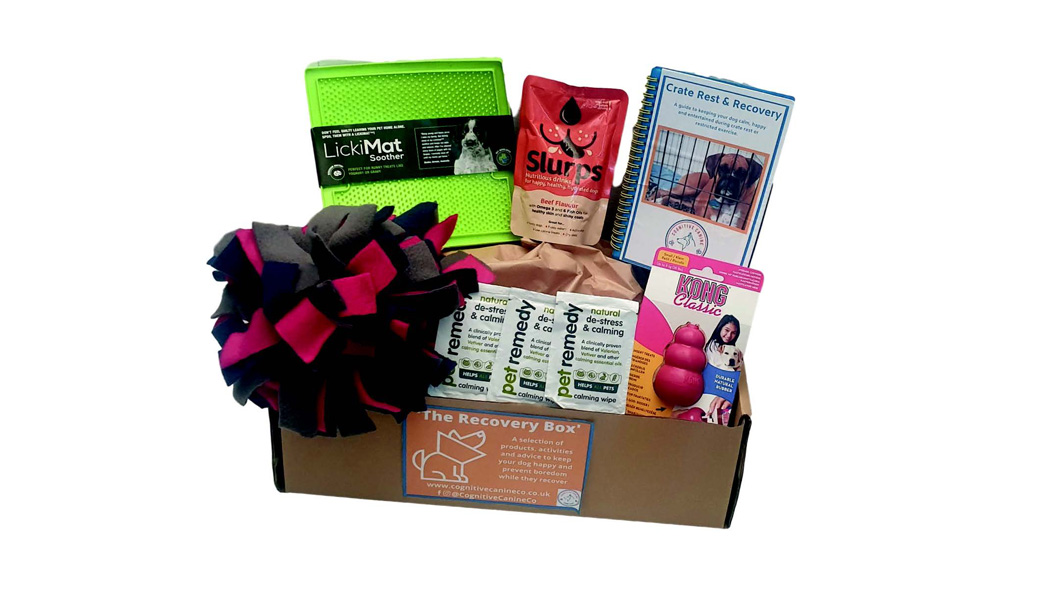 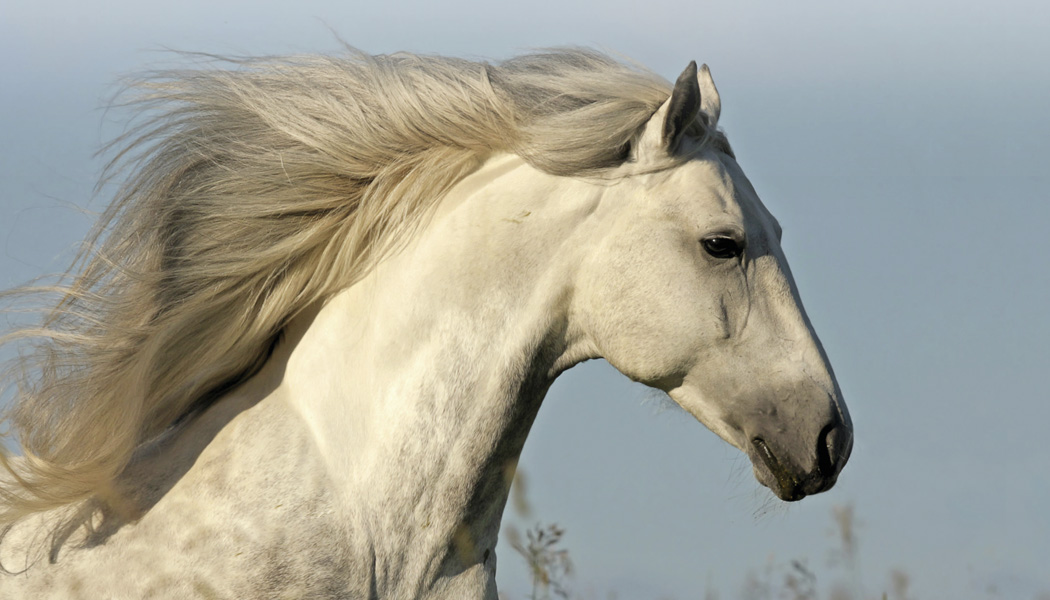