Is it a game changer?

My answer to this question now is easy, YES ! How I got to that answer begins 5 years ago, when I was first introduced to INDIBA®; a radiofrequency device, first engineered in 1983 to treat humans and developed further to be used on animals.

I was approached by an ex-colleague asking if I’d heard of radiofrequency being used by therapists, not really is it shortwave? Was my response. He started to try and explain the device and how it worked, I let him rattle on a bit about how it dramatically reduced pain, accelerated healing, managed inflammation and you could treat both acute and chronic, on and on, until he started talking about stem cell proliferation. WHOAH, hold your horses! It does what? 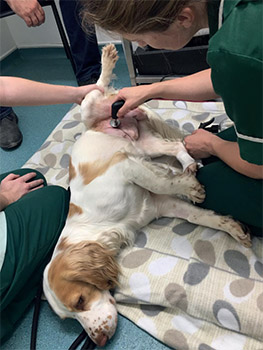 My cynical, critical brain that has been hard wired that way from all those critiques of research during my degree kicked in, “stop right there, there is no way that it can do all of that, is it a magic wand?” I scoffed, my eyes rolling. This sounds too good to be true. I agreed to trial a device to prove my own opinion; there would not be any significant difference using INDIBA. This was despite being shown published evidence to the contrary and 90% of premiership football teams already using INDIBA!

I was wrong, I fully admit it. My patients loved the treatment and to my constant surprise their outcomes improved. I have a list of complex polytrauma cases as well as run of the mill musculoskeletal patients with some professional sports thrown in for good measure.

To test it out, I selected the very worst cases on my list to start with. A polytrauma patient with 12 months of non-unions in the spine, pelvis, femur and tibia. His leg was permanently ice cold to touch. On C.T. scans the plates and screws, along with the fracture configuration, looked the same as the day they went in. He was listed for further surgery and adamantly didn’t want it. So, we gave it a go as a last chance and without much hope. I treated directly over the metal work (it’s not contraindicated with INDIBA, a rarity with electrotherapy). He also had a pressure sore on his sacrum that after 12 months had still not closed. On the advice of the medical department in INDIBA I treated around it without disturbing the dressings.

To his, mine and his Consultants utter amazement, he started to heal. The following C.T 2 months later showed bone growth! Surgery was cancelled. The pressure sore closed in 6 weeks. His chronic pain reduced, and his muscles were getting stronger. He could walk without his crutches and make it upstairs.

He was one of my worst cases. I started to believe the claims. Patients with Osteoarthritis (OA) improved significantly, those with chronic tendinopathies were resolving, chronic back pain was reducing; I hasten to add that I continued giving advice, exercise prescription and manual therapy, the effect was cumulative. Prof. Tim Watson talks a lot about electrotherapy being an effective element of treatment in the whole package of care when used at the right time, at the optimum dose, with the best modality for the effect you want on that tissue.

How is it doing this?

INDIBA delivers an electromagnetic current at a constant and stable radiofrequency (RF) of 448kHz, this enables the device to have a sub-thermal bio-stimulation effect, meaning you can treat post operatively and in the acute stage of an injury, “The 448kHz frequency initiates a linear ion flow resulting in intercellular exchange and a cascade of biochemical processes in the cell” (Hernadez-blue et al 2016). By increasing the power (the RF remains the same), a thermal effect deep in the tissue results. There is no restriction to the depth of treatment, hair and skin aren’t a barrier unlike other forms of electrophysical agents.

For 19 years there has been ongoing molecular research that has proven this specific RF is safe, is effective at proliferation and differentiation of stem cells including chondrogenesis, and they have established the transduction pathways (HenándezBlue et al 2014, Henádez Blue et al 2016 & Hernádez-Blue et al 2017). It’s been used on humans since 1983 in Spain and Italy and now is used globally with over 25,000 devices in use. INDIBA Animal Health was developed as a result of the success on humans with the Equine; VET905 and Companion animal AH100 being launched. The research is building, the results are consistent with the electromagnetic field evidence which is vast as well as the unique effects to this type of application.

When treating horses, the plate is strapped to the sternum for the duration, while the therapist could be treating anywhere including over the sacroiliac joint. The current will pass through and around the joint, the same for a hock or a fetlock.

There are two main treatment modes that can be delivered; ‘Sub-thermal’ (no discernable heating effect in tissue) and ‘Thermal’. The effects of Bio-stimulation, vascularization and hyperactivation are described in Figure 1.

Recently there have been some key pieces of published research from Binoy Kumaran and Prof. Tim Watson. They evaluated the treatment for its effect on blood flow, in the research they showed that even at low power output (bio-stimulation) there is an increase of deep blood flow, at higher power outputs (vascularization) there was a significant increase in blood flow and volume (Kumaran, Herbland & Watson 2016). This year they published their knee OA research, an RCT in the NHS that showed clinically significant reduction in pain by 66% (Fig.2.) as well as a 45% reduction in WOMAC scores that measure function in OA.

In veterinary medicine, the studies in horses and pets have had extraordinary results on the recovery of injuries and the management of pain. Case studies into tendinopathy, OA, Sacroiliac pain, desmopathies as well as trauma injury and post op recovery, to name a few, have been conducted with many more ongoing. 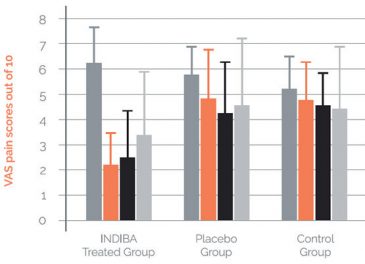 The feedback from therapists globally using INDIBA animal health has been overwhelmingly positive with even the toughest dressage rider critics raving about the difference in their horse. In many cases, therapists, who know the horses well and what they have been able to achieve with other electrotherapies have been delighted with the feedback from their riders who have noticed significant changes in the horses movement. The animals are relaxed during the treatment with some almost falling asleep. As always, every animal is an individual and for those more sensitive patients, having the ability to increase and decrease the power output has made the difference between being able to treat and not. Even at a low output we know the animal is still receiving the same dose of RF and as such is benefitting just as much as those who are happy with a higher output from the onset.

Dog owners have been delighted to see their arthritic best friend get their ‘bounce’ back. For therapists it can enable treatment of challenging cases whereby pain can be managed so exercise or manual therapy work can begin.

5 years later and I now work for INDIBA as the Clinical Lead in the UK since the office opened here in November 2018. I’ve been using it since that first introduction. Over the years I’ve been asked by uncertain therapists about it and hear those same objections I had. My advice to them is ‘try it!’. I now lecture on the science and application supporting clinicians and professional teams in their protocols with injury prevention and treatment.

I look forward to what the future holds with this technology as there is so much scope, its completely changed my own opinion of electrotherapy and I’ve never read so much on biophysics! It has fascinated me, what if we can treat more without pharmaceuticals? I start my PhD early next year to contribute to the valuable research into radiofrequency at 448kHz. 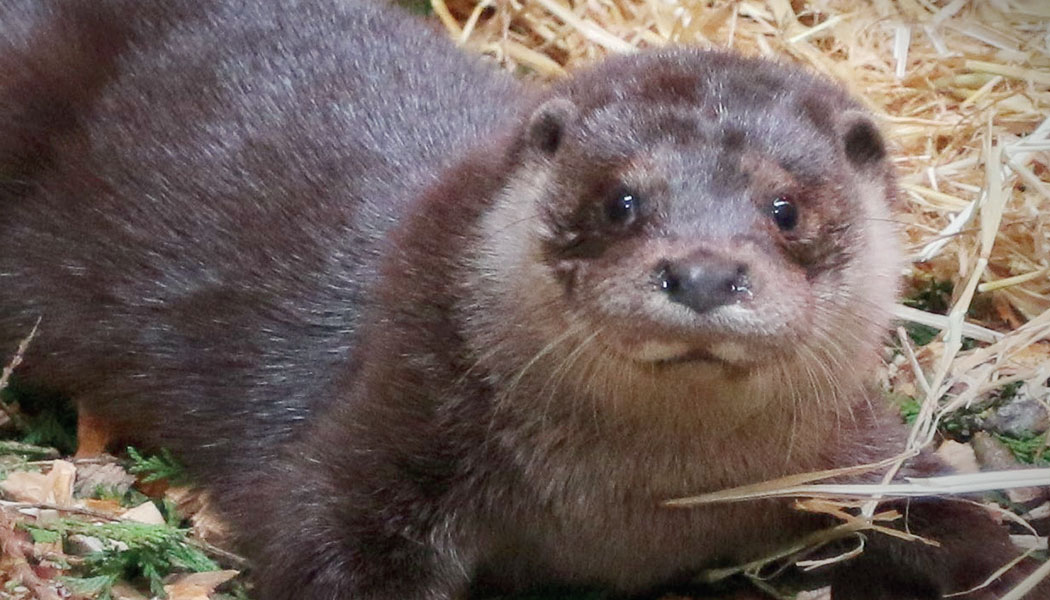 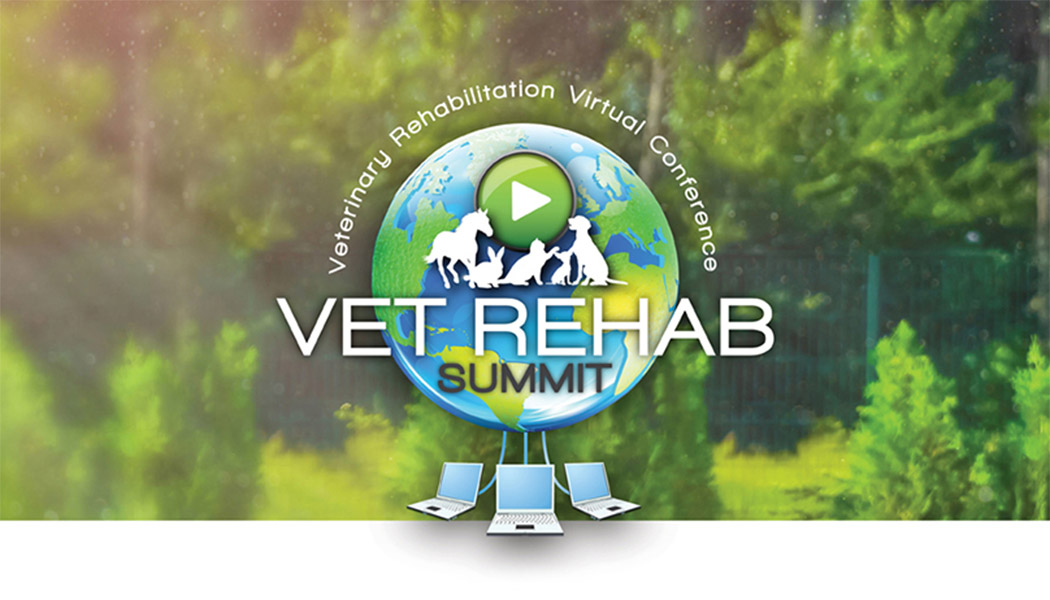