Home›Nutrition›It’s fat, and good for your dog!

It’s fat, and good for your dog!

by Anna Webb Broadcaster, Author, and Trainer has studied natural nutrition and therapies with the College of Integrated Veterinary Therapies (CIVT)

DIETARY FAT has been given a bad rap as it’s associated with heart disease and strokes in humans. Many people wrongly assume that we should restrict fats in our dog’s diets.

Dogs naturally have more good cholesterol (HDL) than bad (LDL), meaning dogs and cats will not develop high blood cholesterol or thickening of the arteries from fat in their diet. 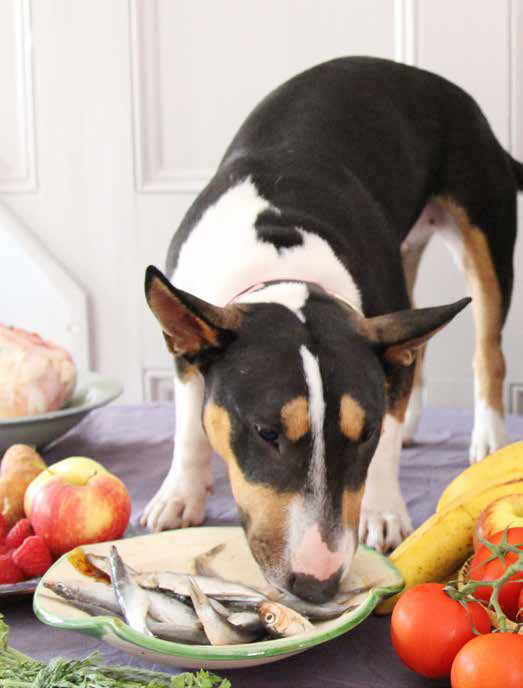 In fact we should ensure that our dogs (and cats) in-take a regular dose of essential fatty acids daily. In a species appropriate diet fat is served generously.

Think about a freshly culled rabbit with all its fatty skin, which dogs (and cats) are pre-programmed biologically and physiologically to eat. Dogs metabolise fat for energy, protein to re-build muscle, but have no biological need for carbohydrates.

For an in-built safety mechanism dogs like to store energy for a rainy day. When a diet is deficient in fat but contains carbohydrates, the body stores carbohydrates for energy instead.

To get the same energy storage a dog must store twice the amount of carbohydrates, in terms of weight as supplied in fat.

Contrary to popular belief the rise in canine obesity has nothing to with fat, and everything to do with the rise in carbohydrate rich modern, processed pet foods.

Feeding a natural complete raw food like Natural Instinct is an easy way to ensure that your dog is receiving the correct amount of fat to stay healthy and vibrant.

Fat provides dogs with a vital extra layer of subcutaneous tissue under their skin. Used as a thermostat, this layer regulates the body temperature and it pads muscles and bones from injury.

There are two types of dietary fats – facilitative and functional. Facilitative fats are saturated fats ie present in meats, cheeses, eggs that will feature as part of your dog’s diet, especially if you feed a raw diet. Functional fats are the ones known as ‘Essential Fatty Acids’.

Named essential these dietary fats are vital to add to your pet’s diet as dogs and cats cannot ‘produce’ them naturally. They comprise omega-6 fats and omega-3 fats. A good balance of both is ‘essential’ for good health, but it’s the omega-3 fats that can be incredibly beneficial in treating a wide variety of health conditions.

nt imbalance, with both people and dogs consuming far too much omega-6’s, and too little omega-3’s.

By ensuring our dogs’ in-take Omega-3’s , the aim is to help balance and regulate the immune system. Omega-3’s also reduce excessive inflammation that creates allergy symptoms, joint pain and many other chronic conditions.

Similarly Omega-3’s help mobility and reduce the symptoms of osteoarthritis and aging both mentally and physically.

So how do we add omega-3’s into our dog’s diets? Foods that are rich in EPA and DHA are fish / marine sources including, herring, sardines, mackerel, anchovies; salmon (wild caught).

Source products made from small fish like sardines, anchovies. These smaller species are less likely to be as contaminated than larger fish like Tuna and sharks. The more Omega3’s your dog consumes from the whole food, the less is the need to supplement.

The recommended dose is 100150mg of EPA and DHA combined per five kilos of bodyweight daily, (Straus 2013).

Unfortunately much of the fish in our modern food chain is contaminated with heavy metals like arsenic, lead and mercury as well as other industrial pollutants like Polychlorinated biphenyls (PCB’s).

(PCB’s) were banned in 1979 but they’re still found in the oceans and in fish. Worryingly a lawsuit in 2010 found PCB’s in fish oil that had been certified as ‘clear’.

Omega-3 acids are inherently very delicate and highly susceptible to oxidative damage. Whenever these fat particles are exposed to oxygen they break down into smaller compounds, like malondialdehyde (MDA), and they create oxygencontaining molecules known as ‘free radicals’.

Overtime the damage caused by ‘free-radicals’ is known as ‘oxidative stress’ and it can lead to chronic disease like cancer and inflammatory conditions.

Here lies a big irony as the reason for adding fish oil initially is to reduce inflammation and contribute to our dogs’ overall health.

The problem is lot of fish oil is oxidised before it’s purchased. Oxygen leaks through plastic containers and even the gel capsules. Every time a glass bottle is opened and decanted it is exposed to oxygen.

A study by Mata et al shows that oxidative damage increases as the intake of Omega-3’s increase. And even eating fresh, non-oxidised DHA and EPA in fish causes an increase in stress markers in rats.

Bearing in mind the delicate nature of omega-3’s, it highlights that any commercial kibbles claiming to be packed with omega-3’s is a misnomer.

Highly sensitive to heat damage any omega-3’s added before the ‘screw extrusion’ process to produce kibble will become oxidised, simply in this processing technique.

Equally even if the fish oil is applied to the kibble after processing, the bags of food remain in ‘airy’ warehouses for several months before ending up in your dog’s bowl. This exposure to oxygen will have negated the omega-3 potential.

A solution is to add Vitamin E that’s fat-soluble. It can help with the Omega-3 oxidisation issue. Its ANNA WEBB role is to neutralise harmful ‘free radicals’. Its anti-oxidant capabilities help to prevent cancer and circulatory diseases. 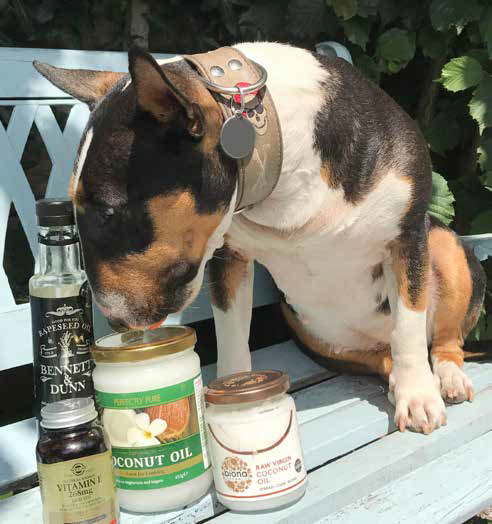 An organic raw unpasteurised butter is another good source of fat – containing a healthy 1:1 radio of Omega-3 and Omega-6 content. It contains Butyric acid, which has shown promising results in studies reducing diabetes, inflammation, cancer and digestion.

Recently coconut oil has become en trend, and is considered a vital source of fatty goodness. Mostly saturated fat, 50% of this is lauric acid, a medium chain saturated fat. Coconut oil also contains caprylic acid that’s known for its ability to feed yeast, and has shown very positive results in studies with diabetes, and other health conditions.

Use raw coconut oil and add one teaspoon per five kilos bodyweight daily.

So it’s clear that fats and omega-3’s are essential to a dog’s diet.

In writing this I’m researching alternatives to fish oil as a source of Omega-3s. Fish like dogs are not born with a resource of natural omega-3’s. They get it from Phytoplankton in the ocean.

It is possible to farm PhytoPlankton in filtered water, so there’s no worry over heavy metals, PCBs, or oxidisation. Unlike other plant sources of omega-3 fats, which dogs can’t really convert efficiently, Phytoplankton molecules are so small , they don’t have to be digested: they simply travel to your dog’s cells and nourish them directly.

I’m interested in Phytoplankton as above and beyond being rich in Omega-3’s it also contains a powerful antioxidant called Superoxide dismutase (SOD). Known as the king of anti-oxidants, research has revealed that creatures with the largest amounts of (SOD) live longer.

It’s food for thought in an age where our oceans are becoming more and more depleted and polluted. Plus if you have a green conscience perhaps we need to re-think?

It’s estimated that fishery nets kill 300,000 whales, porpoises and dolphins each year. Shockingly from 1970 – 2012 their numbers have been split in half. 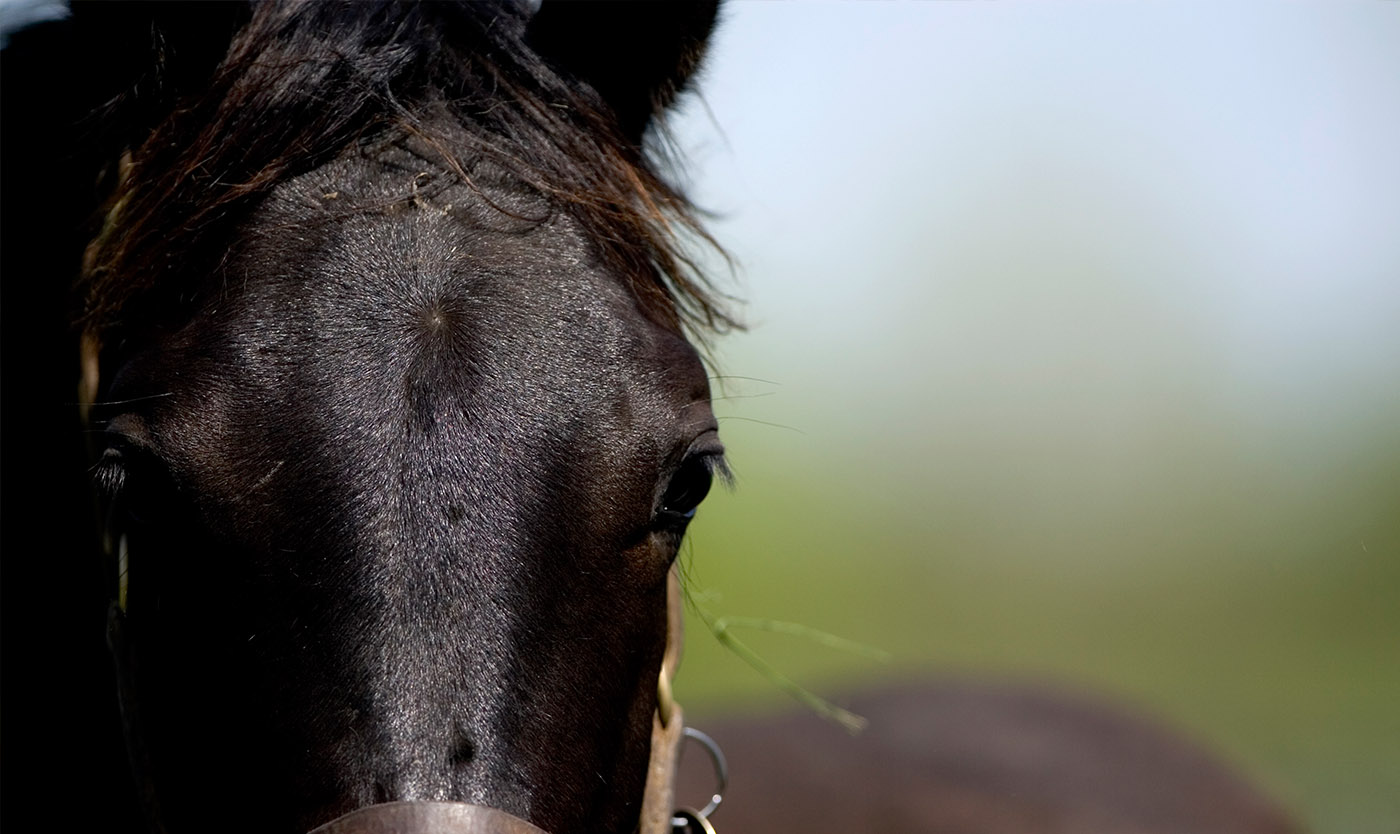 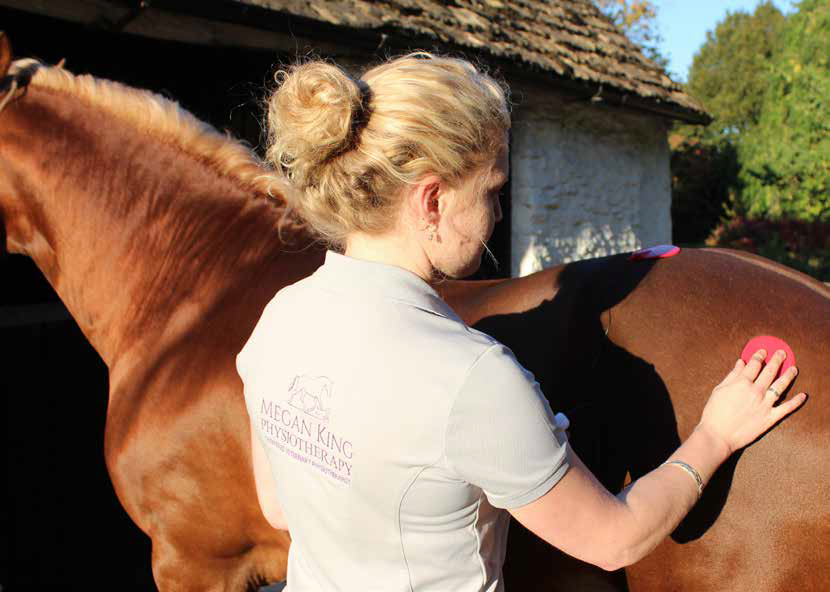