Osteopathy has fascinated me from my first treatment when I was still at high school, to when I saw such an extraordinary change in my horse’s movement and demeanour after he was treated and managed osteopathically. These experiences prompted me to study osteopathy and then go on to do further training in equine osteopathy. The beauty of osteopathy is that no two days are the same, you are constantly learning and continuously challenged to adapt your techniques to suit individuals and think ‘outside the box’. I’m so lucky that I have been able to build a career that I am so passionate about.

My obsession with animals, conservation and osteopathy meant that I stumbled across Zoo Ost’s website, where I discovered these wildlife osteopathy courses and three years ago, I found myself attending my first workshop in elephant osteopathy with Tony Nevin in Northern Thailand’s Golden Triangle. Initially, I had no idea where I was going, who I was meeting and very little idea of what we would be doing but I loved the idea of working with elephants and just couldn’t miss this opportunity. I left New Zealand on my own and flew to Chiang Rai, where I was then driven nearly an hour north to the Golden Triangle where I met an amazing group of osteopaths and therapists from all over the world and had the time of my life. 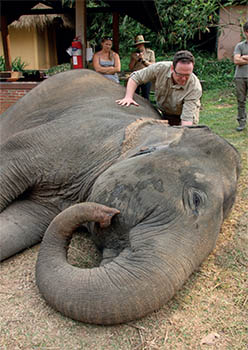 The workshop is held in the most beautiful location, the Anantara Golden Triangle Elephant Camp and Resort, which is home to the Golden Triangle Asian Elephant Foundation (GTAEF). This is a remarkable foundation that has been set up to not only help the elephants but also to help the mahouts and their families. The GTAEF strongly believes that in an ideal world there would be no captive elephants, but as this is not the case, they strive to provide world-class care and welfare to captive elephants while also taking part in conservation and wild elephant programs to ensure the survival of the wild herds. The GTAEF does not own any of the elephants that reside at the elephant camp and resort. Instead, they employ the mahouts and effectively ‘rent’ the elephants. Under this employment, the mahouts are given a regular income, accommodation on-site for their families, education and schooling for their children, as natural environment as possible for their elephants with all the feed they require and an on-site veterinarian who makes sure that the elephants are healthy and correctly cared for. The purpose of employing the mahouts and providing for their elephant and their families is to try and break the cycle of using elephants as a source of income.

Offering the children of the mahouts a better education increases their chances of future employment in other careers and not as mahouts like their fathers. The GTAEF is unique in doing this as it tries to break the cycle of elephants being used in traditional forms or work (logging) or tourism (rides/begging) and tries to focus on the more ethical types of elephant tourism (bathing/walking with the elephants). The trouble with many sanctuaries is that they purchase the elephants from the mahouts but this then gives the mahout, who has no other form of income to provide for his family, enough money to then go and purchase another elephant to continue to make a living the only way he knows how.

The elephant osteopathy workshop runs over five days and after an overview of the health and safety aspects of working with elephants, we are introduced to some of the elephants that we get to work with and get straight into learning how to apply osteopathic principles and practice to elephants. On the first day, we would video the elephants that we would be working with over the week so that we could do a gait analysis and movement comparison with footage taken on the last day following their series of treatments. In the middle of the workshop, the group goes out for a day trip to a more remote village where we get to see how elephants are still being used in traditional tourism around Thailand. This gave me a greater appreciation of how much work has gone into the GTAEF and how they have done everything they can to make sure the elephants in their care are looked after in a way that has puts their welfare first. This trip also allows the group to experience the beauty of northern Thailand and Thai culture.

I’ve had many people at home ask how we could possibly have any effect on these animals given our relative size difference and their ‘thick skinned/rough’ appearance and this is still, three years and three workshops later, the most commonly asked question. Elephant skin is a lot less rough than it looks, it’s actually quite elastic and pliable and the soft tissues underneath are surprisingly easy to feel through the skin. Similar to treating humans and horses, working with the elephants, we would start by observing, palpating, treating and then observing again. We would watch their gait for fluidity and ease of movement, the way their heads undulated as they walked, the symmetry of their bodies, their posture whilst resting and any compensatory patterns they may have. Often the elephant’s full histories were unknown or only some information was known so it could be hard to piece together an accurate picture of what each elephant had been through and the mechanisms of injury it may have sustained in the past. 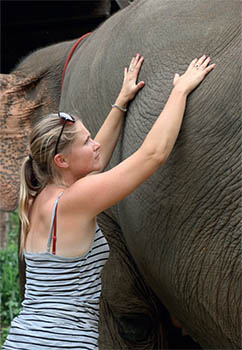 Once we had decided what we thought the most significant issue or pattern in the elephant was, we would use sustained release and myofascial release techniques as well as cranial osteopathy to create changes in their musculoskeletal systems. The techniques we would choose to use on each elephant would depend on their mood and energy that day and also, what they were willing to let you touch. Some of these elephants have sustained significant trauma either physically or mentally/emotionally in the past and it takes a great deal of trust for them to let you into or near the vulnerable areas of their bodies. Elephants respond very quickly to treatment and you have to be careful that you do not over-treat. I still find it amazing how much of an effect we can have on them in a brief time frame. This is why we would see the same elephants for treatments over consecutive days instead of trying to treat too much in one session.

Given some of these elephants have had significant trauma in the past and have developed strong compensatory patterns, we have to be careful not to remove all of their coping mechanisms too quickly, especially as there are no osteopaths that reside onsite that can continue their treatment in the long term. The GTAEF and Tony have been working together to try to encourage the mahouts to learn some simple but effective osteopathic techniques that they can use to treat and maintain their elephants while the osteopaths aren’t there.

Having been on three workshops now, I have also been able to watch the elephant’s progress over successive years. With some of the elephants you can note significant changes in their musculoskeletal systems and in others, it is just wonderful to see how much they change on a more emotive level. We were warned about one elephant in particular on the first workshop I attended, that she would become stressed and unapproachable if she heard the sound of an engine. She grew up in the busy city of Bangkok as an elephant who had to ‘beg’ for tourists. These earlier years of her life had left her scared of the sound of vehicles. On the first and second workshops I attended I got to witness her stressed behaviour when she heard a vehicle, but this year I saw that she had become a lot more relaxed and less reactive to that aspect of her environment.

One of the most enjoyable experiences about this workshop is learning to read the body language of another species. We spend a lot of time watching how the elephants interact with each other and how each individual responds to different situations. We would observe how the elephants behave and respond to touch and treatment when they’re content and happy versus when they’re feeling nervous or anxious. Elephants, just like horses, pick up on your energy and mood and these elephant workshops have been great for fine-tuning my ability to control my energy/mood/emotions. This is a skill that continuously makes me a better practitioner in my work at home and it’s also helped outside of work when I’m training and riding my own horses.

To anyone who has seen these workshops and thought about attending, I would highly recommend that you get in touch with Tony. You will meet the most incredible people from all over the world and make lasting friendships and you will have the privilege of being able to get hands-on in a positive, ethical and beneficial way with these most magnificent animals. You will learn things that make you change the way you treat in your everyday practice and you’ll have much better ‘work stories’ to tell your colleagues and clients. 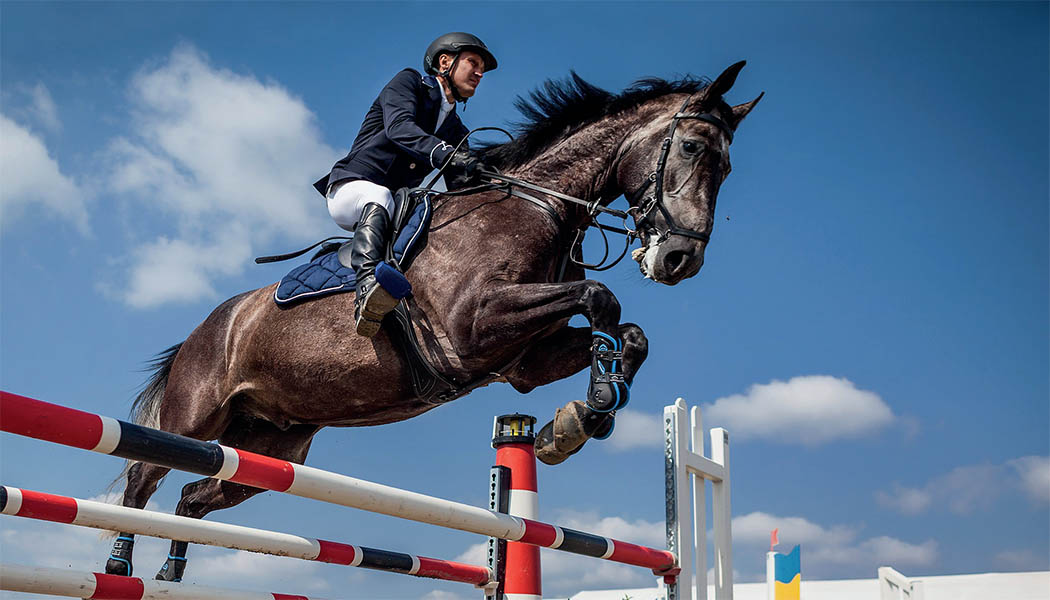 Back after the Break 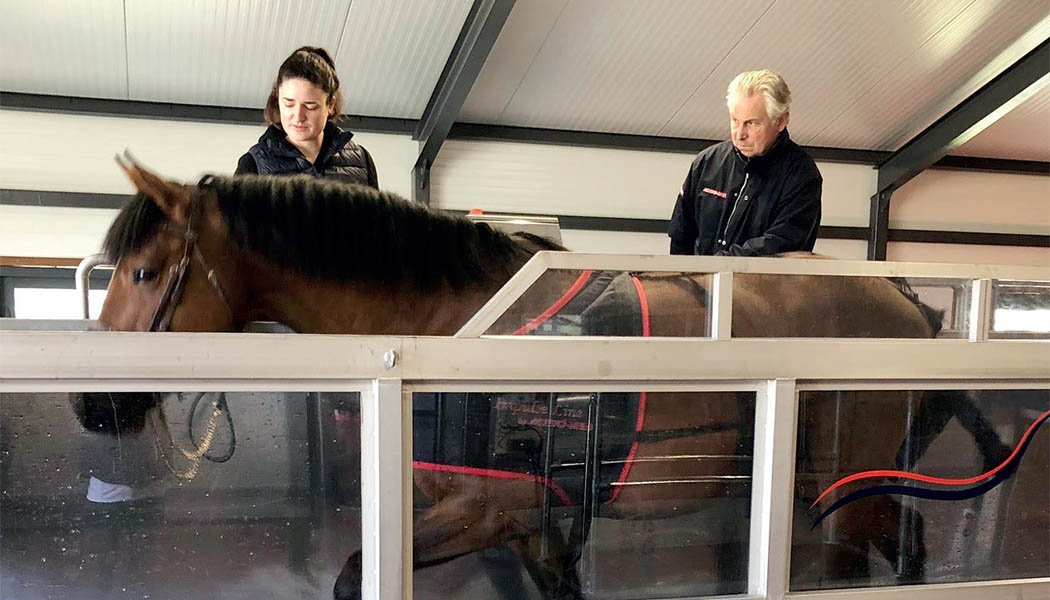 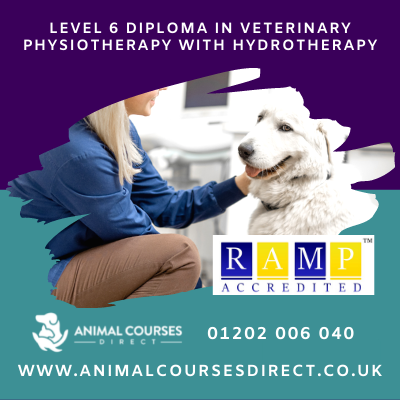