by Megan King and Kelly McCarthy-Maine

Physiotherapist Megan King uses a range of electro therapy modalities to support her physiotherapy practice. Here, we discover how she uses electro stimulation on some of the horses in her care . . .

PHYSIOTHERAPIST Megan King is part of the horse health team that supports Canadian Olympic event rider, Rebecca Howard, her longtime partner, Riddle Master, ‘Rupert’, and an exciting string of up and coming event horses at her Wiltshire training base.

What is Electro stimulation?

The other broad types of electrotherapy are: ultrasound, laser and electromagnetic therapy. They are useful modalities used by physiotherapists to complement and support treatment.

An important part of my practice 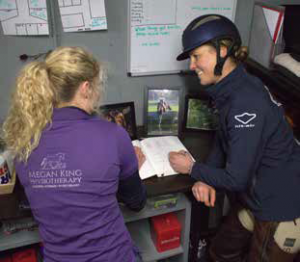 “As a mobile physiotherapist, I need to choose the equipment I carry around with me carefully. The Neurotrac Sports XL is a lightweight, compact and affordable therapy tool with a range of customisable settings that allows me to offer my patients muscle stimulation and TENS.

Though my equine clients tolerate electro-therapy well, I prefer that horses being treated be held by their owner or handler (rather than tied).

Some horses find the sensation of their muscles ‘moving’ without their input a bit strange and may feel the need to move around a bit. This is much better managed when the horses are held and allowed to take a step or two until they settle into the treatment session”, Megan explains.

How does electro stimulation work?

Stimulation of these neurons creates depolarisation of the nerve cells membrane potential which creates an action potential known to us as a nerve impulse. This changes the state of the nerve from unpolarised to polarised, where it is then able to transmit messages to the brain or the periphery (the bodies extremities).

The polarised/depolarised state (which produces an action potential) is a natural occurrence in nerves throughout the body. However, when we use electro stimulation, this process is ‘generated artificially’. Whether the polarised/depolarised state occurs naturally or is manufactured using Electrotherapy, the response of the nerves about a stimulus remains the same. This is one of the great benefits of electrotherapy.

A stronger stimulus increases the number of fibres being targeted, so you feel or receive a stronger reaction.

Electrical stimulation can be used to excite sensory nerve A-delta fibres, which inhibit the transmission of the C fibres noxious stimulus producing pain relief via a pain-gate mechanism. 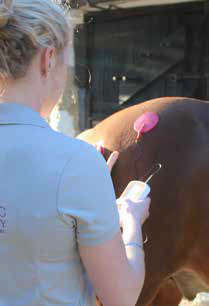 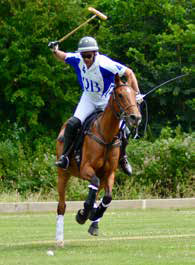 Nine-year-old polo pony hit on the shoulder by a polo ball.

Sustained injury to suprascapular nerve causing muscle atrophy to supraspinatus and infraspinatus muscles. Alongside other physiotherapy tools, NMES was used to initially reduce pain alongside anti-inflammatories and then to stimulate neural firing and muscle contraction to prevent further disuse. The aim was to build up muscle strength to enable rehabilitation of normal gait pattern.

Seven-year-old event horse who jumped their stable door and sustained an injury to the interspinous ligament presenting with back pain, tenderness over dorsal spinous process (DSP) palpation and muscle guarding.

After a course of pain relief and anti-inflammatories, TENS was used as part of their physiotherapy treatment to reduce pain and spasm of musculature in the region. Due to this horse’s pain and character (usually difficult to treat) they was happier and responded better to the use of TENS as a less-invasive, less hands-on approach.

12-year-old eventer who had a long standing stifle injury with associated quadriceps weakness and atrophy.

Regular use of electro stimulation helped to build up the strength and firing of the quadriceps muscle to help support the stifle joint. The NMES was also used during the competition season for pain relief over longissimus or gluteals when needed. 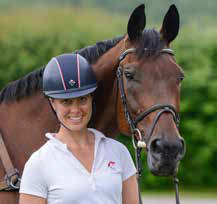 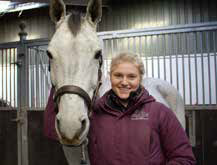 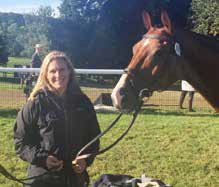 Rebecca Howard is a UK-based Canadian high performance event rider with results at Luhmulen, Badminton, Burghley and Kentucky and has doubleOlympic, Pan-American and World Equestrian Games experience. Rebecca’s top ten finish at the 2016 Olympic Games in Rio made her the highest placed female eventer at the games.

2013 Canadian-bred horse of the year, Blithe Hill Farm’s Canadian Sport Horse, Riddle Master, ‘Rupert’ came to Rebecca as talented and unruly six-year-old. Nearly a decade later, Rupert is a polished athlete at the top of the sport with fans all over the world.

Megan qualified as a human physiotherapist in Western Australia before moving the to the United Kingdom to gain her Masters in Veterinary Physiotherapy and join the Association of Chartered Physiotherapists in Animal Therapy (ACPAT). Megan has worked with elite event riders, including Lucinda and Clayton Fredericks and Rebecca Howard, as well the elite horses on Australian, Canadian and Japanese teams. Megan has a keen interest in the relationship between rider and sport horse performance, as well as injury rehabilitation.

Dr Christiana Ober has 15 years experience in equine sports medicine and managing the competition horse. Her primary interests include: purchase exams, lameness, management and rehabilitation of soft tissue injuries, regenerative medicine, and sports medicine especially related to the threeday event horse. Christiana graduated in 2000 from the Virginia- Maryland Regional College of Veterinary Medicine and is FEI qualified as both a permitted treating veterinarian and as a veterinary delegate for three-day eventing. She is currently the vet for the New Zealand Three-day eventing team. 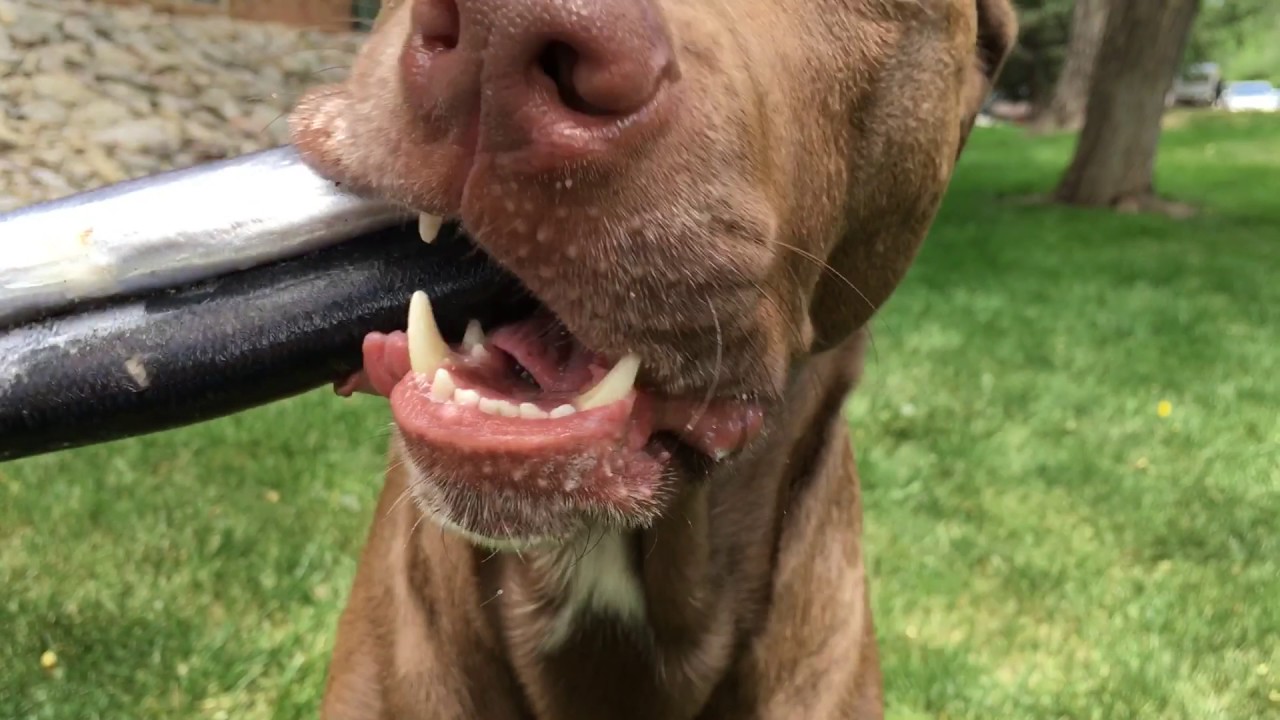 It’s fat, and good for your dog! 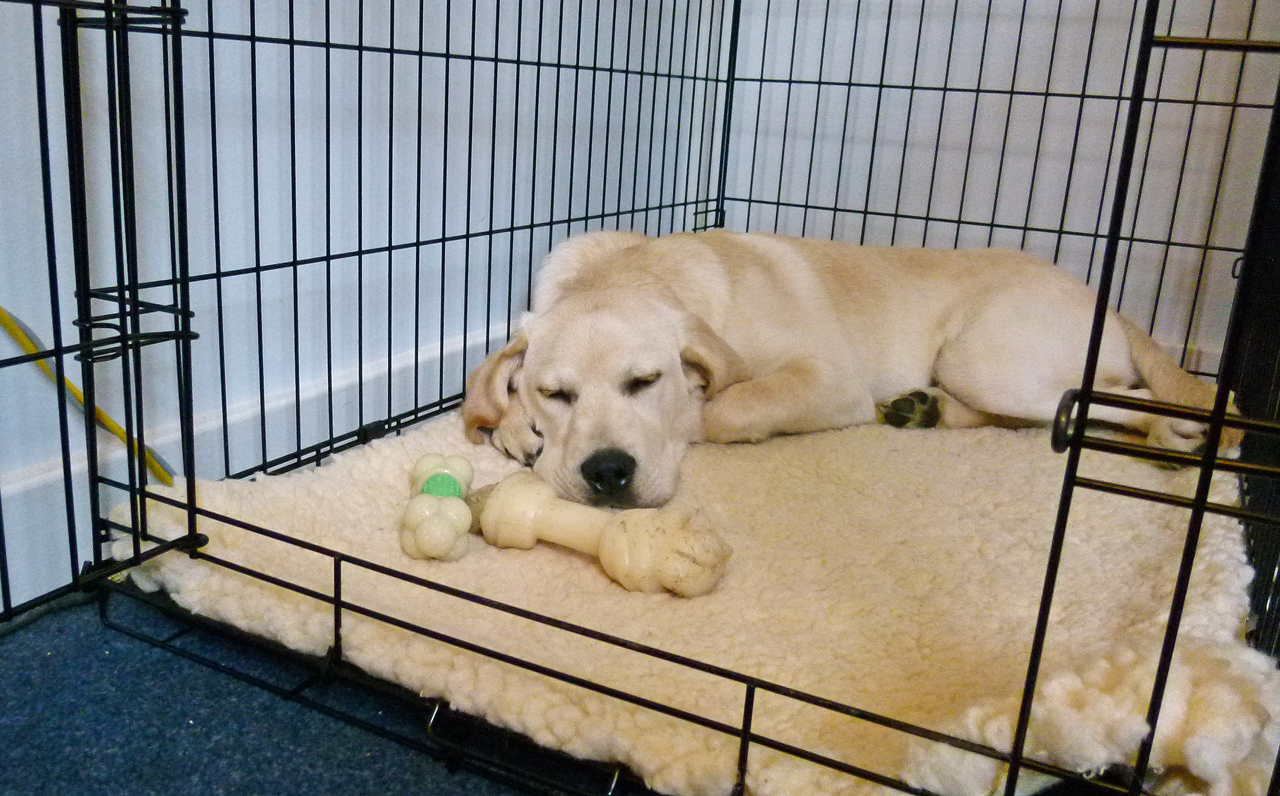 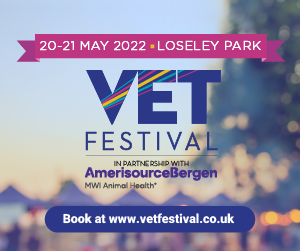 Animal Therapy Magazine is back and we are now tak