Are pressure vests beneficial at reducing signs of stress and anxiety in dogs?

What is a pressure vest?

Pressure vests or wraps have been commercially available for nearly two decades and are designed to reduce or eliminate stress and anxiety in dogs. Pressure vests can be used for all types of fear and anxiety, including dogs that may become fearful or anxious when they require crate rest and are separated from their owners.

There are several similar designs available on the commercial market, but predominantly a pressure vest looks and fits like a dog coat, fitting snuggly around the dog’s torso (See Figure 1).

How does a pressure vest work?

The underlying biological mechanism of how pressure vests remove stress and anxiety in dogs is still unknown (Pekkin et al., 2016), although it has been suggested that peripheral oxytocin may be involved when contact with the skin is made (Bello et al., 2008).

Most pressure vests work using maintained but gentle pressure to the dogs torso (similar to ‘swaddling’ an infant human) whilst still allowing a normal range of movement.

Research: Evidence base for the use of pressure vests

In the last decade, several peer reviewed research articles have been published that tested how effective pressure vests were in reducing stress and anxiety in dogs. The results of these studies have shown varying levels of success, although all of the studies suggest that further research is required that explores the efficacy of pressure vests in reducing stress and anxiety in dogs. Some owners of noise phobic dogs reported the use of a pressure wrap to be successful in helping reduce their dogs phobia of thunderstorms (Cottam et al., 2013), whilst some dogs with separation anxiety had a reduced heart rate and reduced behaviour that was associated with looking for their owner when wearing a vest (King et al., 2014). However, one study reported there were no clear therapeutic effects found in noise phobic dogs that wore a pressure vest (Pekkin et al., 2016).

Cottam and others in 2013 investigated the efficacy of a pressure wrap using owner reported anxiety scores and compared these scores pre and post use of the wrap in 18 thunderstorm phobic dogs. The commercially available Anxiety Wrap⁽ᴿ⁾ was tested with dogs acting as their own control. Dogs were exposed to two real thunderstorms before the use of the Anxiety Wrap⁽ᴿ⁾ treatment, which acted as a baseline. The same dogs were then exposed to five subsequent real thunderstorms when wearing the Anxiety Wrap⁽ᴿ⁾. Owners were asked to report the behaviour of their dog using a questionnaire during each thunderstorm which assessed whether anxiety behaviours occurred and the severity of these behaviours such as duration, intensity and frequency of behaviour which was used to generate the anxiety scores. Questions also asked about the severity of the thunderstorm and also the type of interactions the owner had with their dog during the thunderstorm. Owners were also asked to complete a questionnaire after having used the wrap on five occasions to assess their own opinion on the effectiveness of the wrap. None of the dogs were receiving fear reducing medication.

The results of Cottam et al., (2013) showed that anxiety significantly reduced in dogs after the fifth use of the anxiety wrap with the mean anxiety score 47% lower than the mean anxiety score before the use of the wrap. When comparing the second baseline thunderstorm versus the fifth treatment thunderstorm, shaking and pacing behaviour in the dogs reduced by 33% during the fifth thunderstorm. Most owners agreed that the wrap was largely effective in treating their dogs for thunderstorm phobia, with 89% of owners stating that they felt that the wrap was partly effective. Eighty percent of owners also reported that they would continue to use the wrap after the study.

While drawing conclusions about the effects of the wrap are limited due to the small sample size and highly subjective owner reported assessment of clinical signs, no side effects were reported by the owners and the authors concluded that the Anxiety Wrap⁽ᴿ⁾ was a safe and effective treatment for dogs with thunderstorm phobia. It is important to note however, that the study was supported financially by the manufacturers of the wrap which may have introduced an element of bias. Owners were also not blinded to the treatment so there may have been a risk of placebo effect or bias. As such, the authors proposed that future research should focus on using a double blind, placebo controlled study to assess the therapeutic value of the Anxiety Wrap⁽ᴿ⁾.

King and colleagues in 2014 tested the effects of the Thundershirt⁽ᴿ⁾ on heart rate and behaviour in 90 dogs that were diagnosed with either separation anxiety or generalised anxiety disorder. The experiment consisted of dogs randomly being placed in to three groups; one group was fitted with a Thundershirt⁽ᴿ⁾ as per the manufacturers’ guidelines, the second group wore a loosely fitted Thundershirt⁽ᴿ⁾ and there was a group that received no treatment. Heart rate was measured at baseline (pre-kennel/ isolation) and also the average heart rate of the dog when in the kennel for 15 minutes. Behaviour was also video recorded and included pacing, panting, yawning, tongue-flicking, drooling, elimination, barking, stress whining, howling, licking, door orientation, and calmness.

Dogs that wore the Thundershirt⁽ᴿ⁾ according to manufacturer’s guidelines showed a significant decrease in heart rate compared to the other two groups. Fifty three percent of dogs that wore the correctly fitted Thundershirt⁽ᴿ⁾ also spent less time orientating towards the door compared to 67% of dogs that wore the shirt loosely and 90% of control dogs. There was also a trend in the reduction of some behaviours indicative of stress such as reduced tongue flicking and yawning behaviour. However, it is difficult to draw conclusions on behaviour data as data was skewed, the history of wearing a coat was not reported and dogs were not habituated to the Thundershirt⁽ᴿ⁾ at the beginning of the experiment. It is also important to consider that fitting the vest was reliant on the owners and the level of pressure exerted was not standardised between dogs and may have varied according to how owners fitted the vest.

Whilst the authors suggested that further research was required on the effects of the Thundershirt⁽ᴿ⁾ and the behavioural signs of anxiety, they did suggest that the shirt could be used as an adjunct treatment to reduce heart rate in dogs diagnosed with anxiety disorders alongside the use of behaviour modification and anxiety reducing medication.

More recently, Pekkin and others in 2016 investigated two different types of pressure vest (light and deep pressure) on dog behaviour, urine oxytocin and saliva cortisol levels. Twenty eight dogs who reacted fearfully when exposed to fireworks 60-100% of the time were tested under three semi-randomised conditions; without a vest, a Lymed AnimalTM vest producing light pressure and a Lymed AnimalTM vest which produced deep pressure. Dogs’ behaviour, including activity levels, body and tail postures, vocalisations and time spent near the owner was recorded for 2 minutes prior, during and after playing a commercially available firework CD aimed to desensitise noise phobic dogs. Saliva samples for cortisol analysis were collected twice, at two points; before and after exposure to the firework CD and urine samples for oxytocin analysis were collected prior to fitting the deep pressure vest and also after wearing the deep pressure vest for 30 minutes.

The amount of time dogs spent lying down when the firework CD was played was reduced when wearing the deep pressure vest. When the CD was played, total lying down time when wearing either vest was positively correlated with saliva cortisol indicating that increased time spent lying down was a sign that exposure to the firework CD increased stress in the dogs. When wearing either vest, dogs were found to spend more time near their owner when the CD was played. Urine oxytocin measures also positively correlated with time spent near owner when wearing the deep pressure vest during the recovery period (after the CD was played) indicating that oxytocin may be related to the dog seeking owner support and comfort during stressful periods. Owners were also surveyed twice after taking the deep pressure vest home after the study and asked whether they found it helped their dog. Similar to the findings from Cottam et al., (2013), most owners reported mainly positive effects, with only a minority reporting a neutral opinion indicating that most owners found the vest beneficial in helping their dog.

The authors concluded that whilst wearing a vest might facilitate dogs to seek comfort from their owners, they stated that they did not find a clear therapeutic effect of using pressure vests in noise phobic dogs. It is worth noting that the dogs were only tested during a very short exposure time to fireworks, which may not simulate a real and prolonged exposure to a typical firework display. Similarly to Cottam et al., (2013) the study was also financially supported by the manufacturer.

Considering these studies together, there is some limited evidence that pressure vests may have small but beneficial effects in reducing stress and anxiety for noise phobic dogs and dogs with separation anxiety. Pressure vests are drug free, easy to fit and versatile as they can be used for all types of fear and anxiety. For example, dogs that do not cope well with time spent away from their owner and require crate rest or restricted room rest, may particularly benefit from wearing a vest alongside behaviour modification and anxiety reducing medication to help make the recovery process less stressful. In the studies where owners were asked to rate the effects of a pressure vest, owners perceived the vests to be beneficial in helping their dogs anxiety. Although owner assessment is subjective, if owners perceive there to be benefits of their dog wearing a vest then they may also feel more reassured and less anxious which may indirectly benefit the dog.

It is important to note that a dog’s stress and anxiety may not be fully alleviated or prevented by using a vest, and pressure vests may have no beneficial effect at all. Dogs should be acclimatised to wearing the vest during normal everyday situations so that they do not associate the vest only being used in unpleasant situations. Whilst a vest may help manage anxiety in some cases, it is important that the source of the anxiety is also dealt with for the best prognosis. It is also worth noting that some of the studies discussed used subjective owner assessments which are prone to bias and the placebo effect and this should be considered when drawing conclusions on the effectiveness of pressure vests for dogs with anxiety.

There is also a need for further research which is fully controlled and blinded to ascertain the therapeutic effect of pressure vests. If an owner is worried that their dog is showing signs of stress or anxiety, then they should always consult a qualified Behaviourist to seek advice on how they can help their dog.

Cottam, N., Dodman, N.H. and Ha, J.C. (2013) ‘The effectiveness of the Anxiety Wrap in the treatment of canine thunderstorm phobia: An open-label trial’. Journal of Veterinary Behavior: Clinical Applications and Research, 8(3), pp. 154-161. 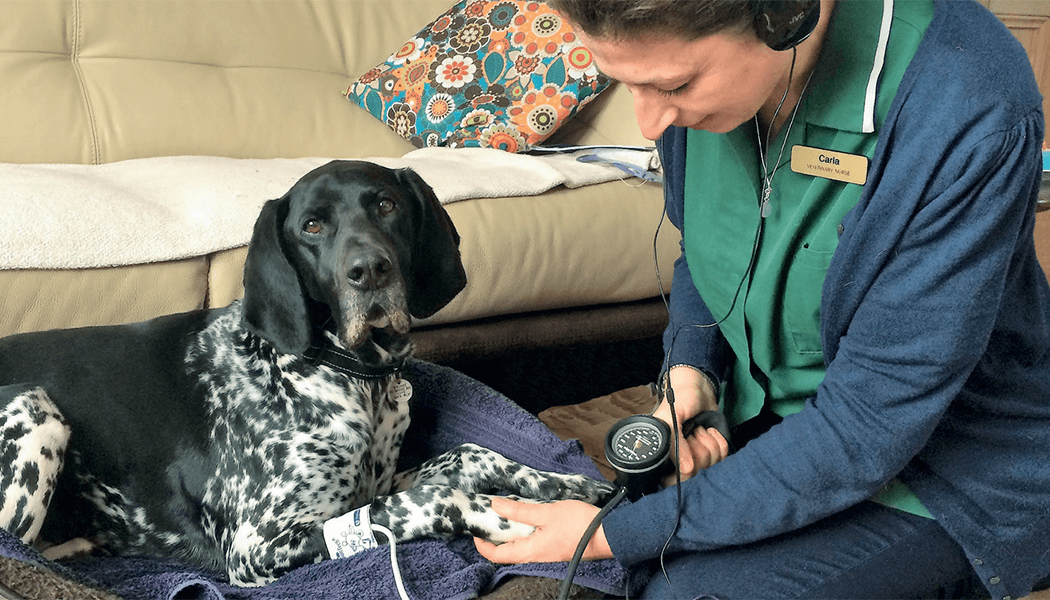 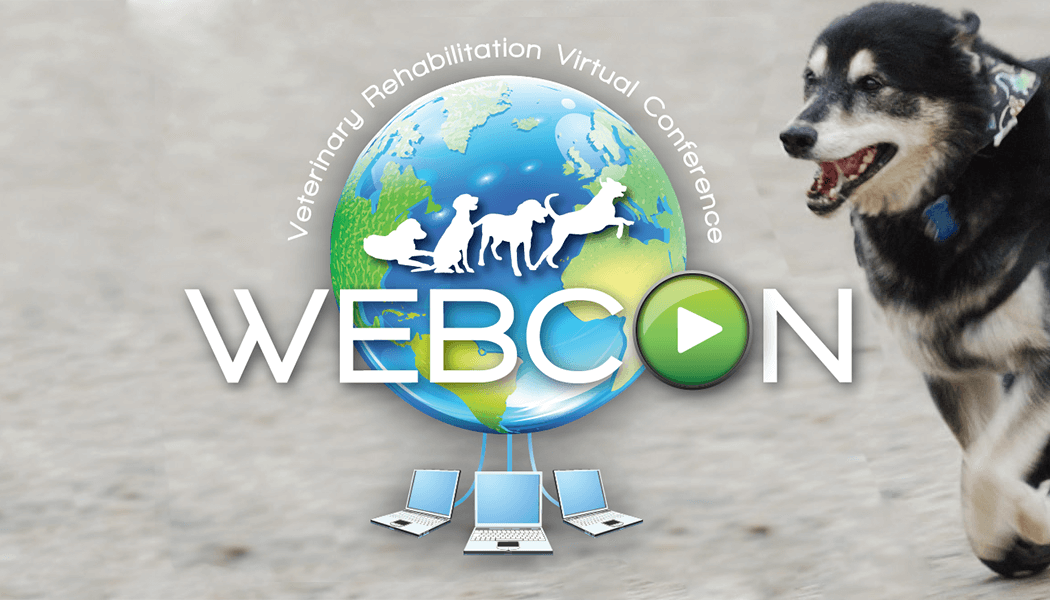 Canine neurological conditions in the spotlight at ...

Committed to education, welfare of the horse and bridging the gap between research and industry. Hartpury write both canine and equine research articles regularly for us.

Check out our #online #magazine for just £10 per

When the next door neighbour is desperately trying

As we look back on an extraordinary year, we would

Wishing you all a Merry Christmas🎄.....hope you

Happy #christmaseve all! On our last #ShowcaseThur

So lovely to get these pictures of Brannigan openi

🌟Time for another #ShowcaseThursday🌟 and wel

Patient of the day. A magnificent female kestrel.

Prior to the release of our next issue, live from

Welcome to another #ShowcaseThursday and to the Ca

🎉Huge Congratulations🎉 to our Christmas Cove

Welcome to #ShowcaseThursday and to one of our lon